Home News Babcock university react to video of a student beating another student over...

A video that depicts brutality and assault by a student of Babcock university on another student has recently been making rounds on social media. 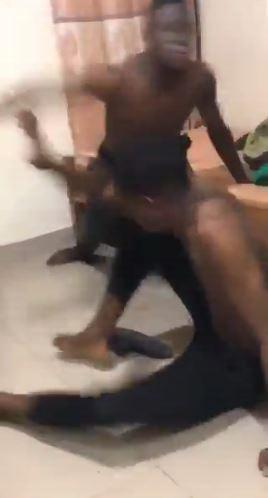 The video captured the moment when a young man, mercilessly beat up a junior student because he wore his pair of slippers without his permission 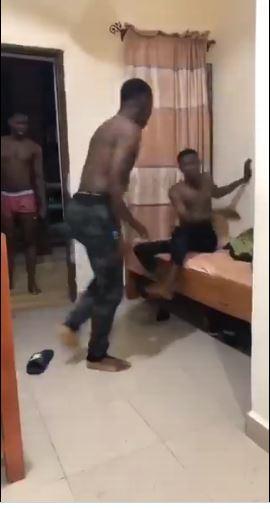 Having caused a whole lot of reactions on social media, the university’s Director of Marketing and Communications, Mr. Joshua Suleiman said that the matters has been reported and will be duly addressed

“The attention of Babcock University Administration has been dawn to a recent video clip on social media showing a scuffle between two 100-level students of the institution. Preliminary investigations revealed that the fight resulted from lack of restraint by a student who alleged his roommate of using his pair of slippers without his permission/consent.With our zero tolerance for bullying, and physical violence of any form, the university administration finds this conduct abominable and most unacceptable and is, therefore, taking appropriate steps to address it accordingly.

The university also condemns the conduct of the students who, rather than separating the two students fighting, and or reporting same to the authorities immediately, instead concentrated on video-recording the incident.As an institution of conscientiousness, Babcock University will continue to create a safe, as well as upholds its values of mutual respect and peaceful co-existence among our students. We are committed to pursuing our goal to nurture God-fearing leaders for Nigeria and beyond.”

Babcock student beats a younger student because of slippers!! What is that school turning into? This keeps happening, sigh? pic.twitter.com/1m3lqZJcQ5

“One woman cannot satisfy a man” — Lady says as she backs assertion of...

“You’re the first to insult people, now it’s your turn and you’re depressed” –...

Fingers of musician Chop Boii and three others cut off after being murdered in...

Nigerian man heartbroken after being scammed of almost N400,000 by fake traveling agency

“Sure say my money safe like this?” – Customer expresses worry as bank security...

“It’s so lonely without him” – Phyna breaks down in tears during diary session...

“Keep us in prayers” – Reekado Banks implores as he loses mum