After an earlier announcement by Nigerian crossdresser, Bobrisky, that he is set for an undisclosed surgical operation, a fan who also follows him on Snapchat claims he lied about the information. 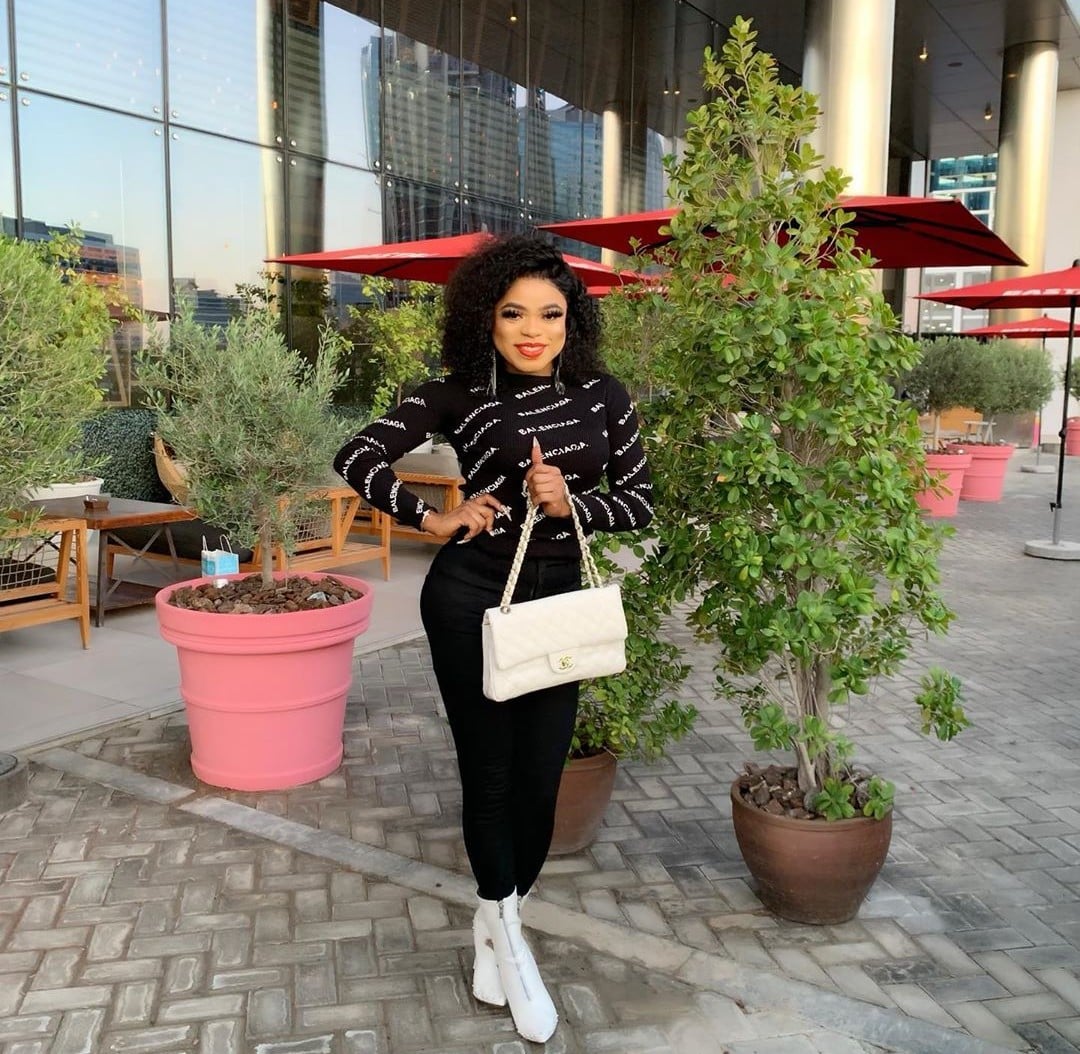 Recall that Bobrisky openly stated that he has signed the necessary documents for the surgery and beckoned on his fan to wish him luck as he goes under the knife.

Taking to his comment section on Instagram, a fan called him out, accusing him of faking the surgery. She said the information he gave them on Snapchat was that he was going for a spa session.

Bobrisky wrote:
“I’m scared…. surgery time.
Wish me goodluck. I just signed ??? I pray nothing to happen to me after dis surgery” 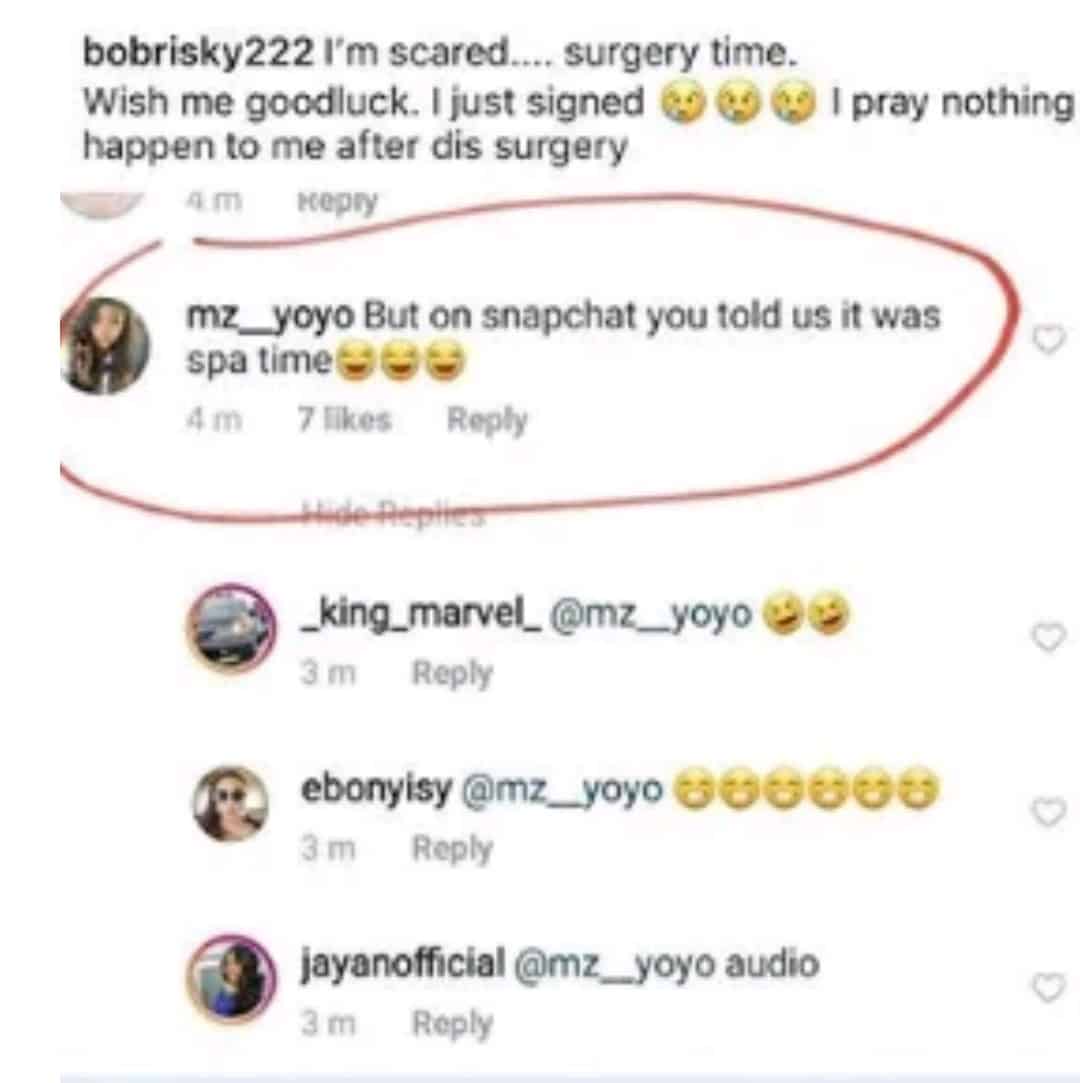