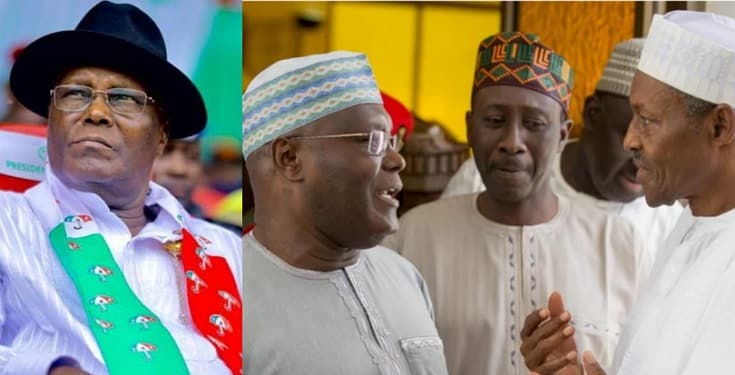 Former Vice President, Atiku Abubakar is not backing off anytime soon in his quest for the presidential seat, as he has currently filed an official appeal to the Supreme Court, refuting the judgement of the Election Tribunal.

Recall that Atiku had earlier filed a report against the result of the 2019 Presidential election, referring to the election as a ‘sham’ and alleging that the results were manipulated by the APC in favour of Buhari. Thus, the reason for the Election Tribunal which was held two weeks ago.

ALSO READ:   'Nigeria would have been dead and gone if Buhari wasn’t elected' – Femi Adesina

However, in favour of the APC, and to the disfavour of Atiku and PDP, the five-man Mohammed Garba led Tribunal dismissed the petition of Atiku and upheld Buhari’s victory in the 2019 election.

Currently, Atiku has officially filed an appeal before the Supreme Court against the ruling of the Tribunal on grounds of ‘erring in law’.

Related Topics:ATIKU ABUBAKAR
Up Next