Celebrity TV host, Ebuka Obi-Uchendu joins the challenge of achievements at the age of 23 while revealing his struggles that led to his success today. 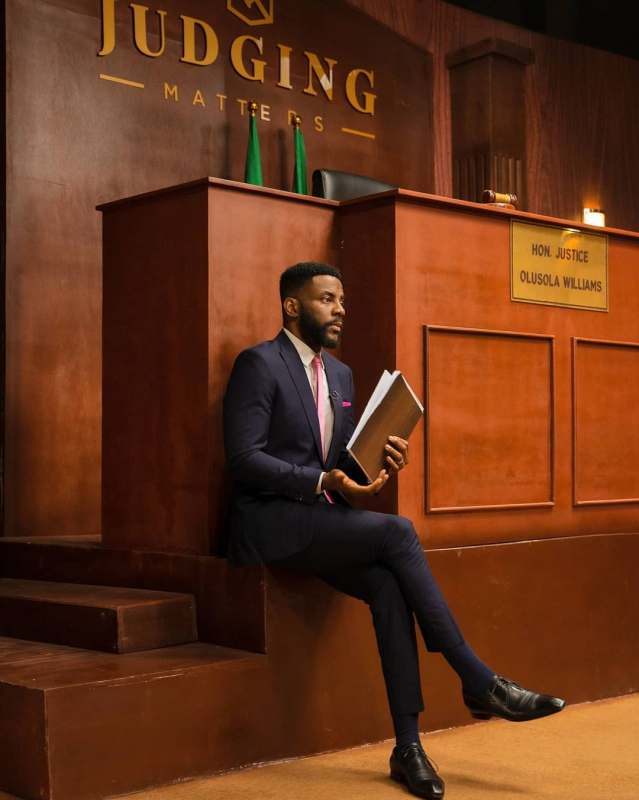 Joining the trend, Ebuka noted that at 23, he was already a lawyer trying his luck at winning the grand prize of a reality show where he lost. However, his loss was the beginning of greatness that he is celebrated for today.

“At 23, I went on a reality show as a lawyer to win the prize money and go get a masters degree. Well, I did’nt win. But I now have 2 masters degreesand this other career.” 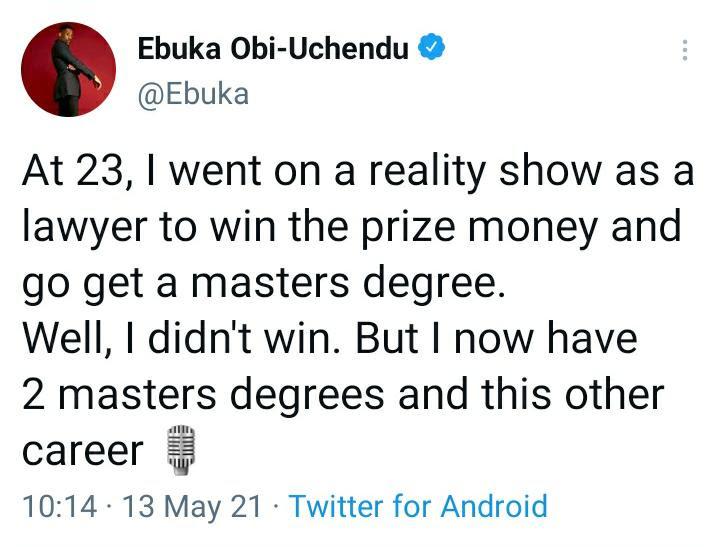 Reactions as man shares his transformation after NYSC