Home Entertainment News “Are you a bastard? Don’t you ever in your miserable life say...

Former BBNaija housemate, Khloe has dragged a lady to filth after she dropped a rude comment on her photo.

The lady identified as Chinenye took to Khloe’s comment section on Instagram to assert that Khloe is pregnant with a child. 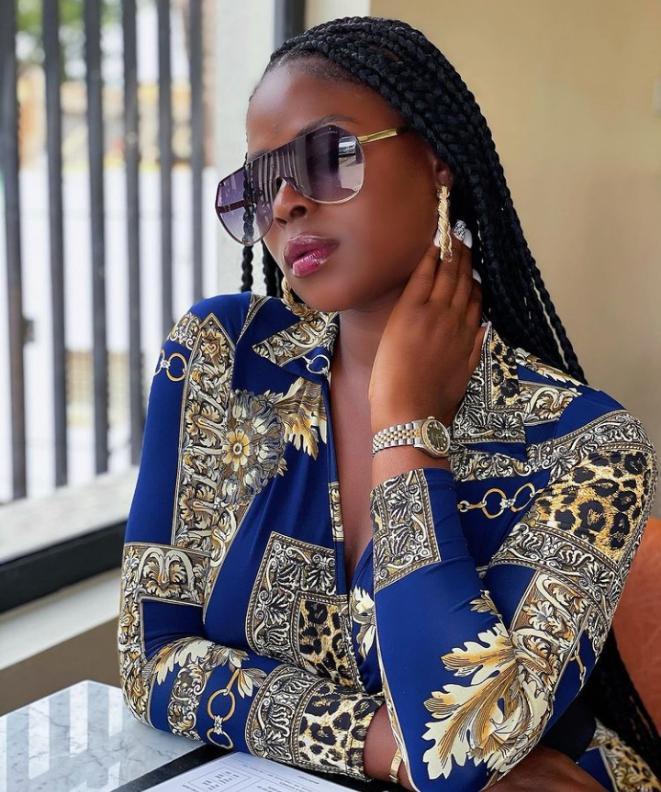 This didn’t go well with Khloe who quickly dragged the lady for saying such thing to a lady. According to Khloe, telling a lady she’s pregnant is a rude statement to tell any woman.

“Are you a bastard? Don’t you ever in your miserable life say that to a woman. It’s so hella rude”, Khloe wrote. 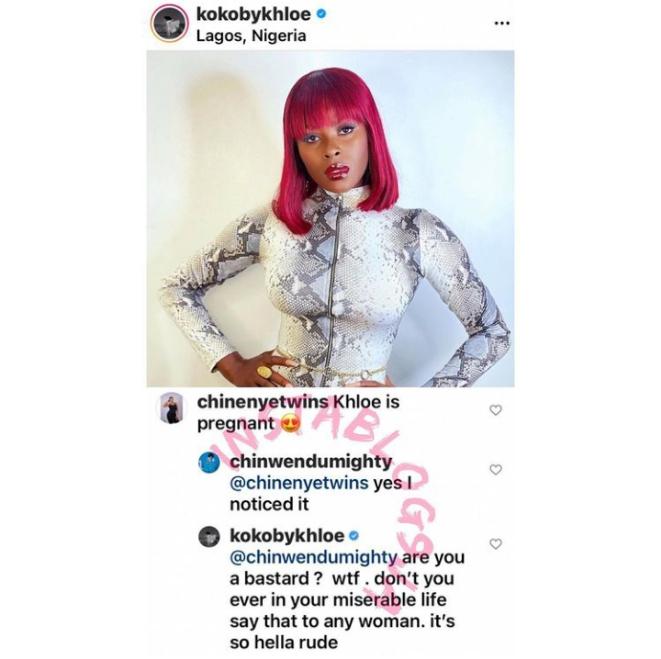