The All Progressives Congress (APC) has reacted to Friday’s defection of the Edo State Governor, Godwin Obaseki, to the main opposition party, Peoples Democratic Party (PDP), saying there was nothing newsworthy about the development. 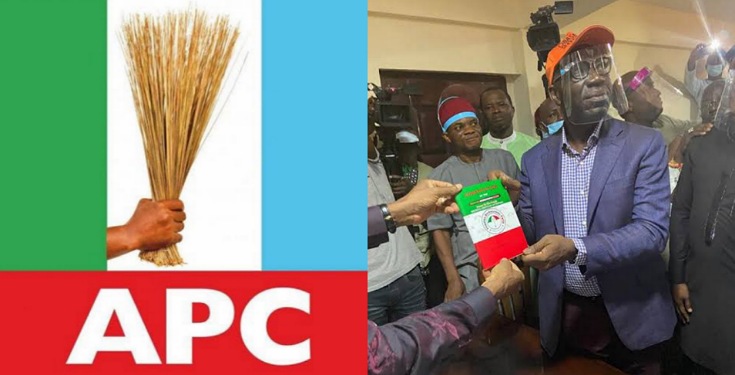 National Publicity Secretary of the party, Mallam Lanre Issa-Onilu in a short reaction said the ruling party all along knew he was heading for another party having resigned his membership of the APC.

He said; “It has not come to us as a surprise. We knew he had defected long ago because he resigned his membership of the party which we have accepted.

“So you cannot defect twice. If he is defecting again, we do not know whether what he has just done now is news any longer.”

Governor Godwin Obaseki who was last week disqualified from participating in the June 22 Governorship Primary Election of the All Progressive Congress (APC) in Edo state had thereafter resigned his membership of the ruling party.

He subsequently defected to the PDP on Friday after a series of political horse trading.