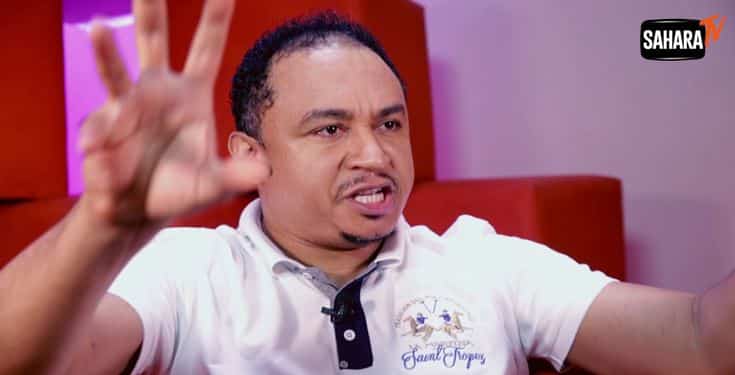 Controversial OAP, Daddy Freeze has said any Christian praying for his enemies to die is going to hell faster than an idol worshipping pagan. According to him, it contradicts the teachings Yahushua.

In his words, “You are far better off and have a greater chance of making heaven, living with no religion whatsoever, or with any other faith than Christianity, if you don’t love your neighbour.

“A Buddhist, Shintoist, Hindu or Muslim who loves his neighbour, will make heaven faster than a Christian who doesn’t. (Matthew 25:31-41)

“Most of your ‘daddies in the Lord’ have fed you half-baked doctrines shrouded in lies, telling you to pray for your enemies to die, in direct contradiction to the teachings of Yahushua.”

Ifu Ennada slams Uti, says he wouldn’t know the meaning of success until she pays him 5millions

Mompha gifts himself a McLaren to celebrate his birthday