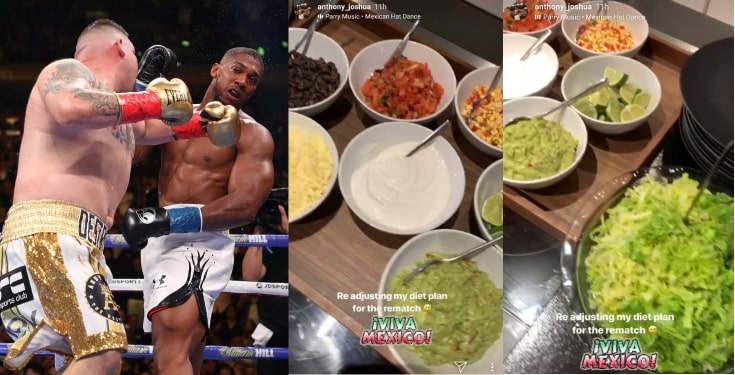 Anthony Joshua, the former heavyweight boxing champion, has readjusted his diet plan for his rematch with Andy Ruiz Jr., who recently defeated him to emerge as the first Mexican-American heavyweight world champion. 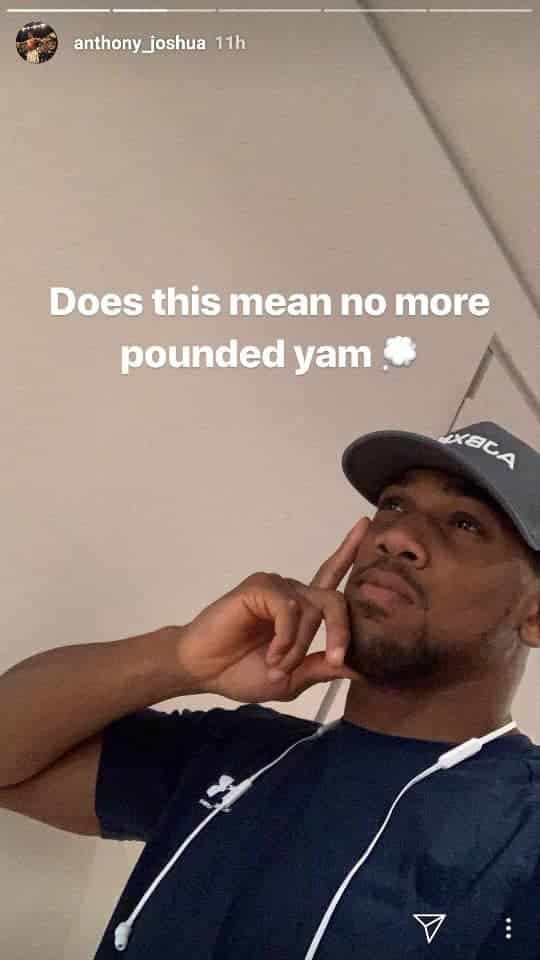 Andy Ruiz Jr. knocked down Joshua four times before the underdog was awarded a technical knockout at the Madison Square Garden on Saturday, June 1, 2019.

Now a rematch has been confirmed to take place in November or December with the venue yet to be announced.

Taking to his Instagram stories, the British-Nigerian boxer showed off different meals and revealed he is readjusting his diet plan for his rematch with Andy Ruiz Jr.

He also disclosed in another post that he’s considering dropping Pounded Yam. 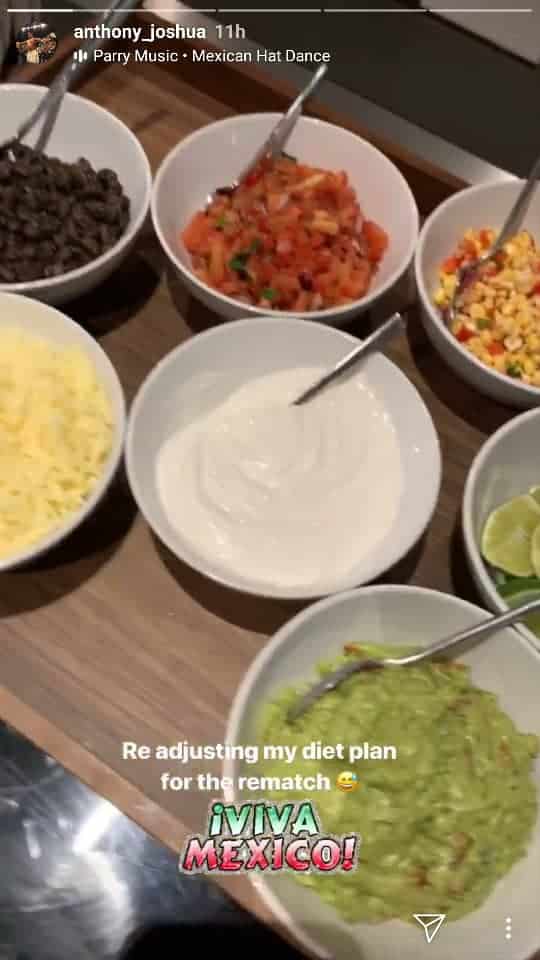 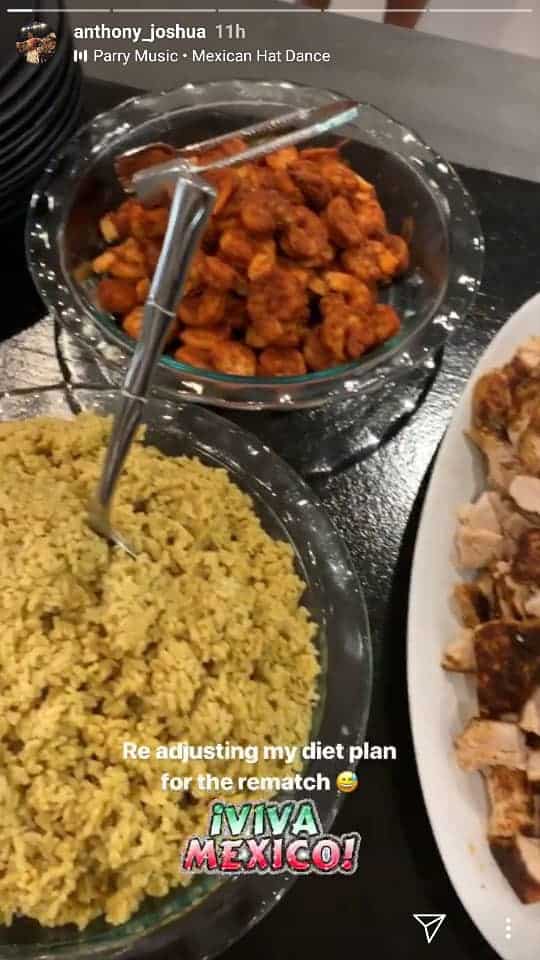 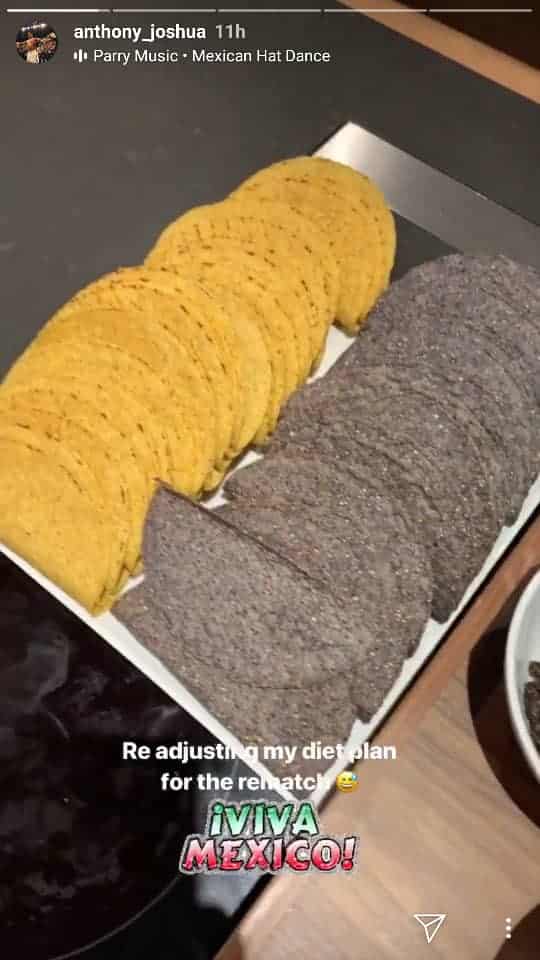 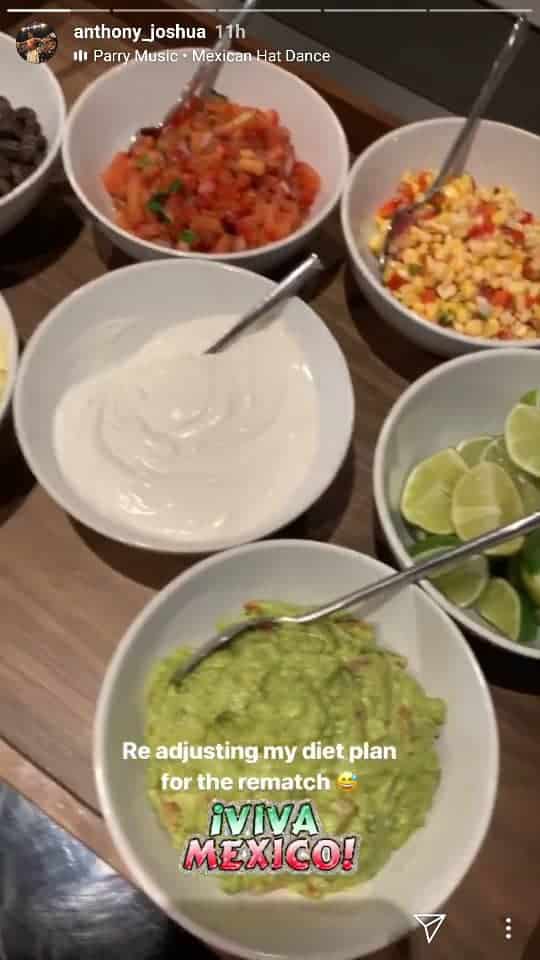 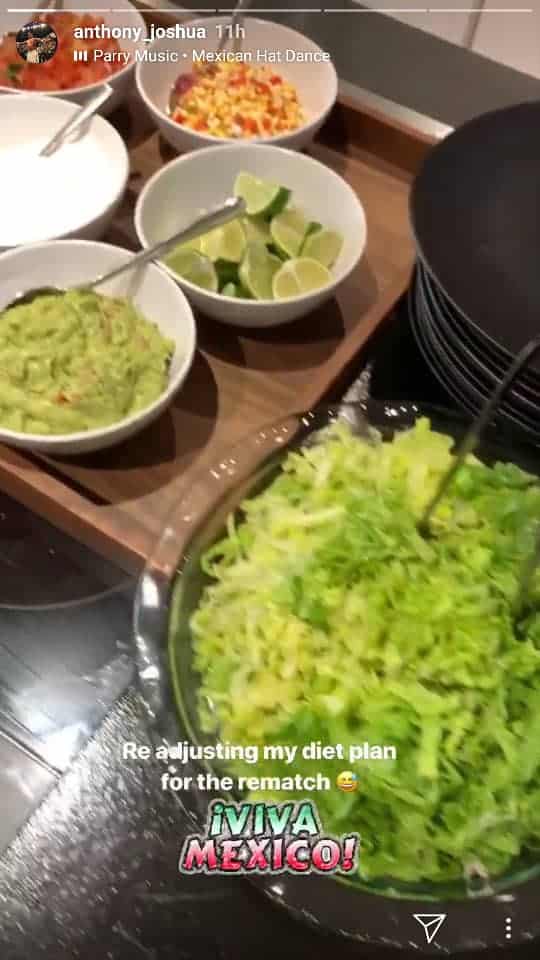