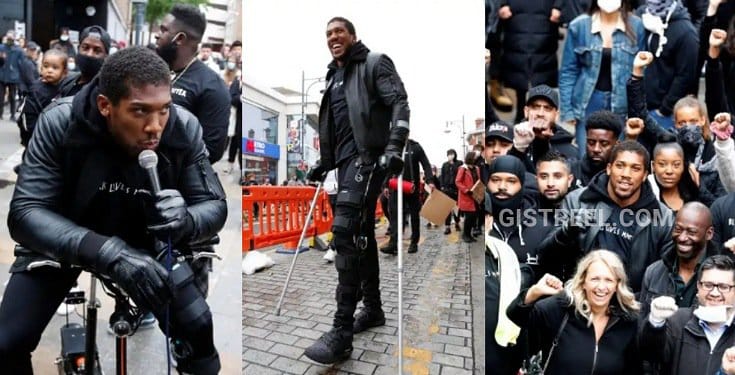 The protest was organized in honour of George Floyd and to further seek an end to racial injustice in America and beyond.

The professional boxer who holds several titles was seen attending the protest while on crutches.

See photos of Anthony Joshua at the protest below; 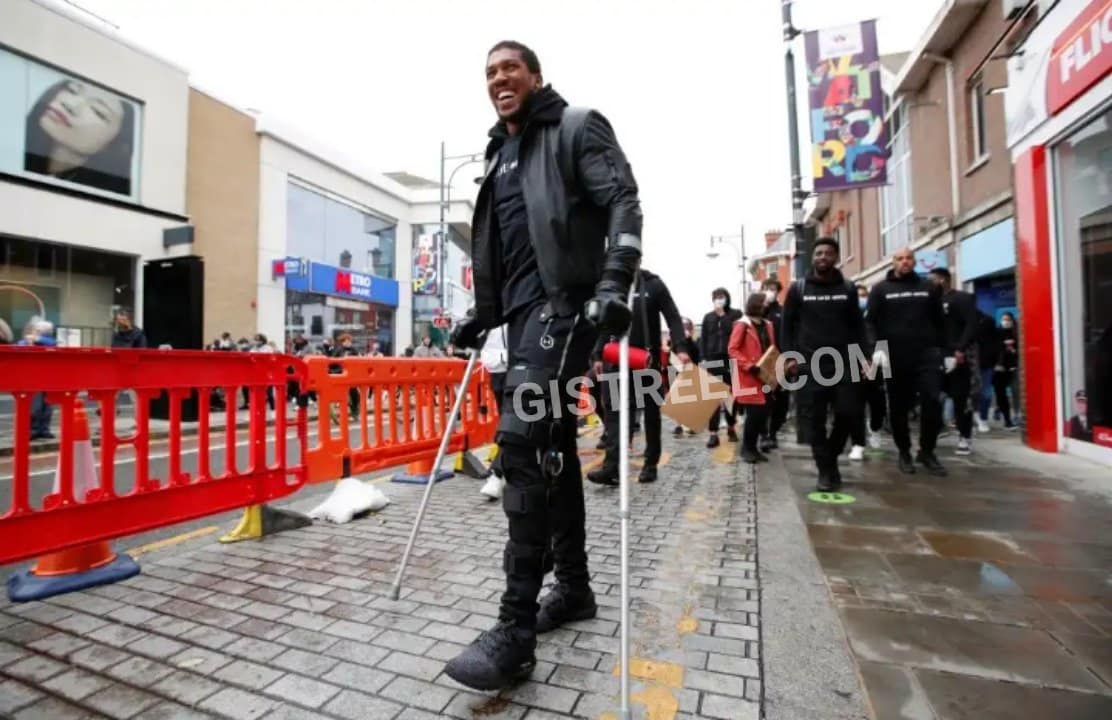 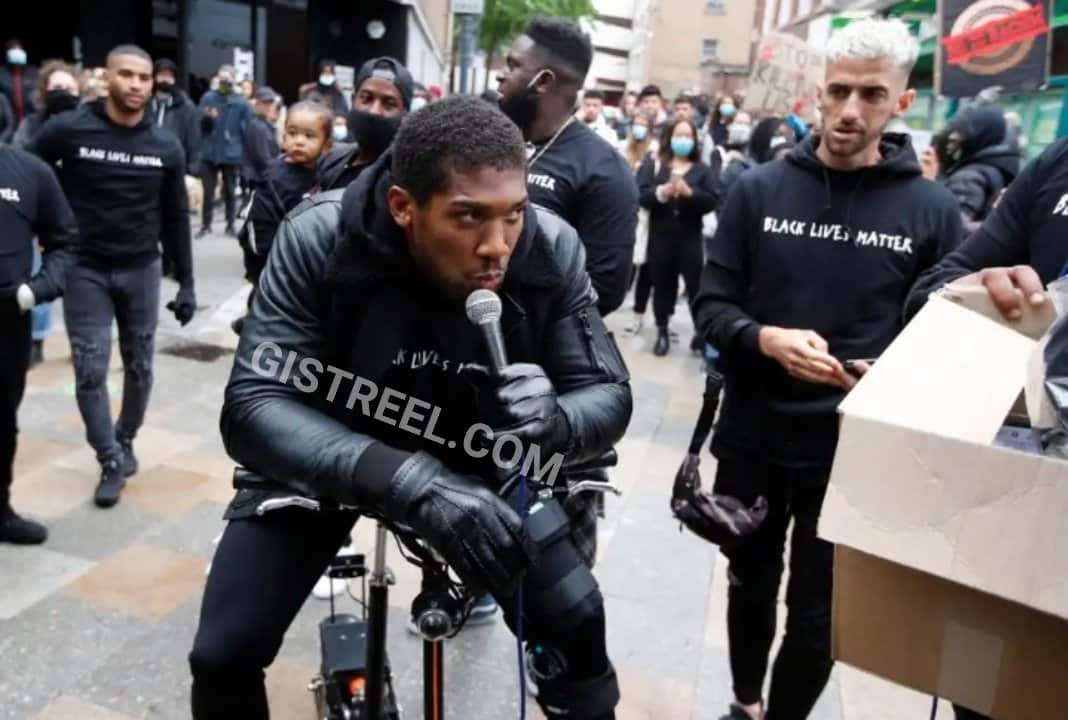 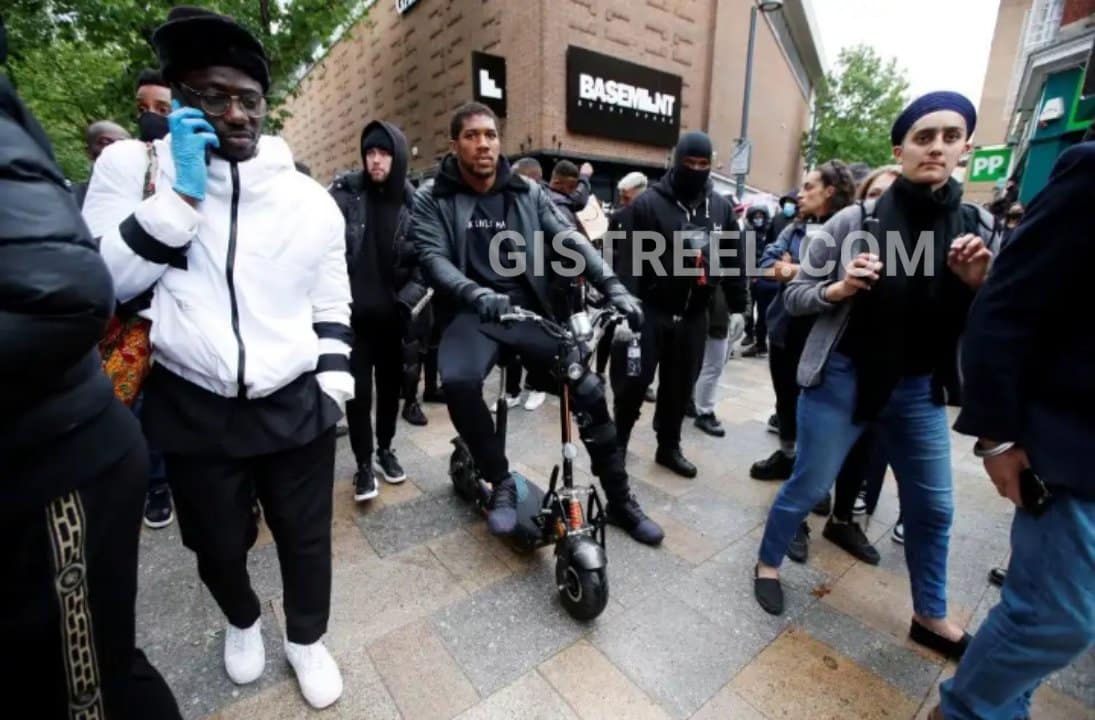 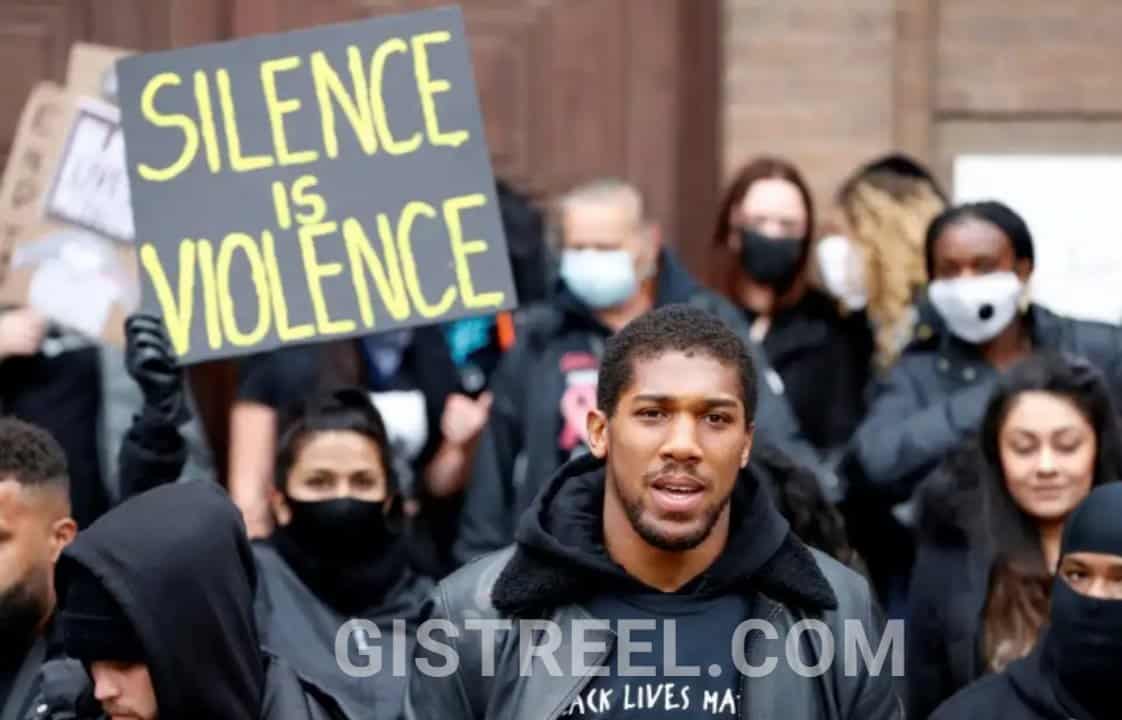 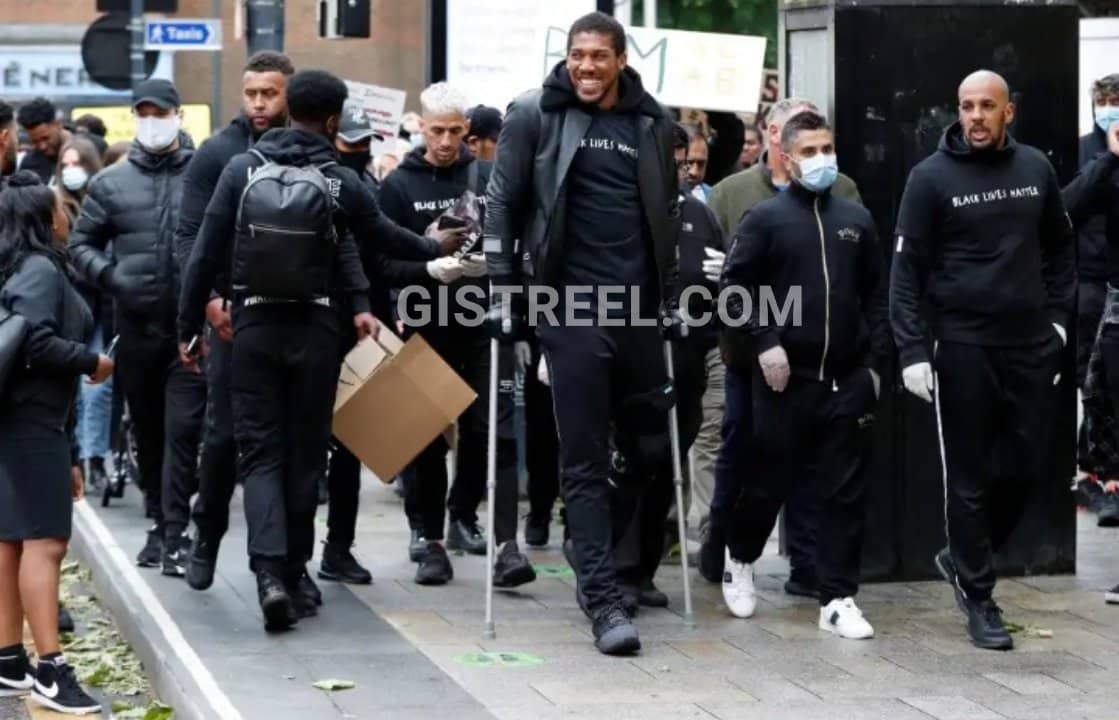 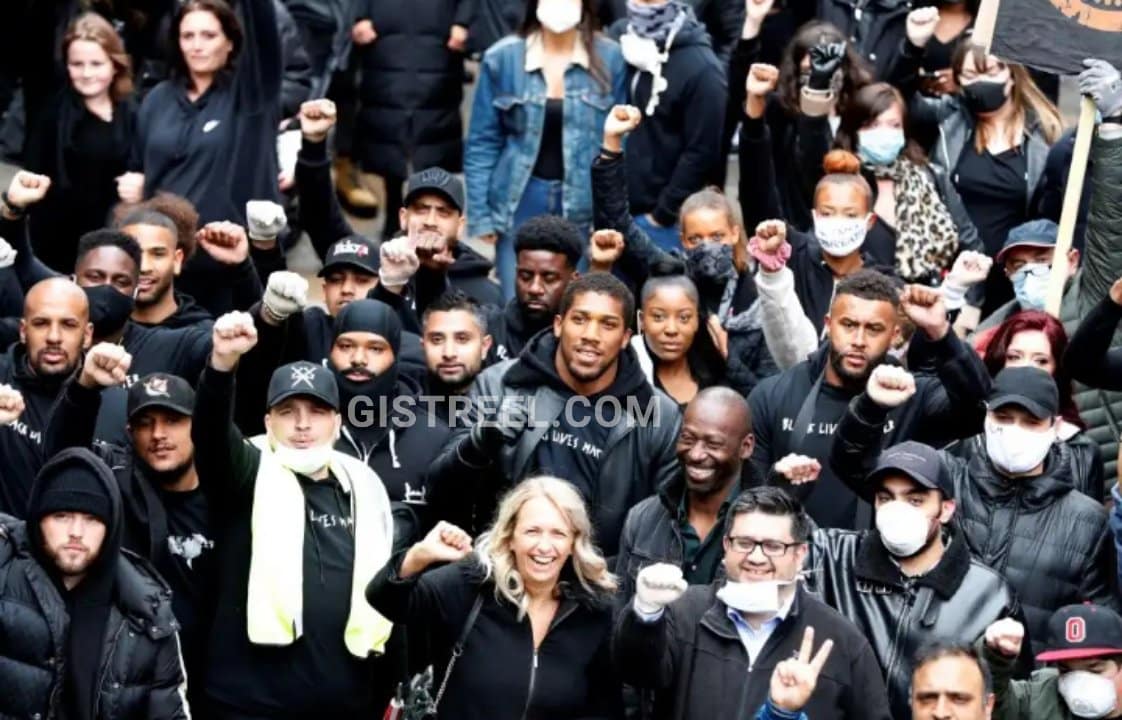 Watch Anthony Joshua as he makes his voice heard during the #BlackLivesMatter protest in Watford below;