A man who allegedly beat up his wife till she nearly passed out was confronted by neighbours who felt so angry about his action towards his wife.

In the video shared, the wife was spotted with injuries all over her body as neighbors gathered around her, sympathizing with her and helping her regain her strength. 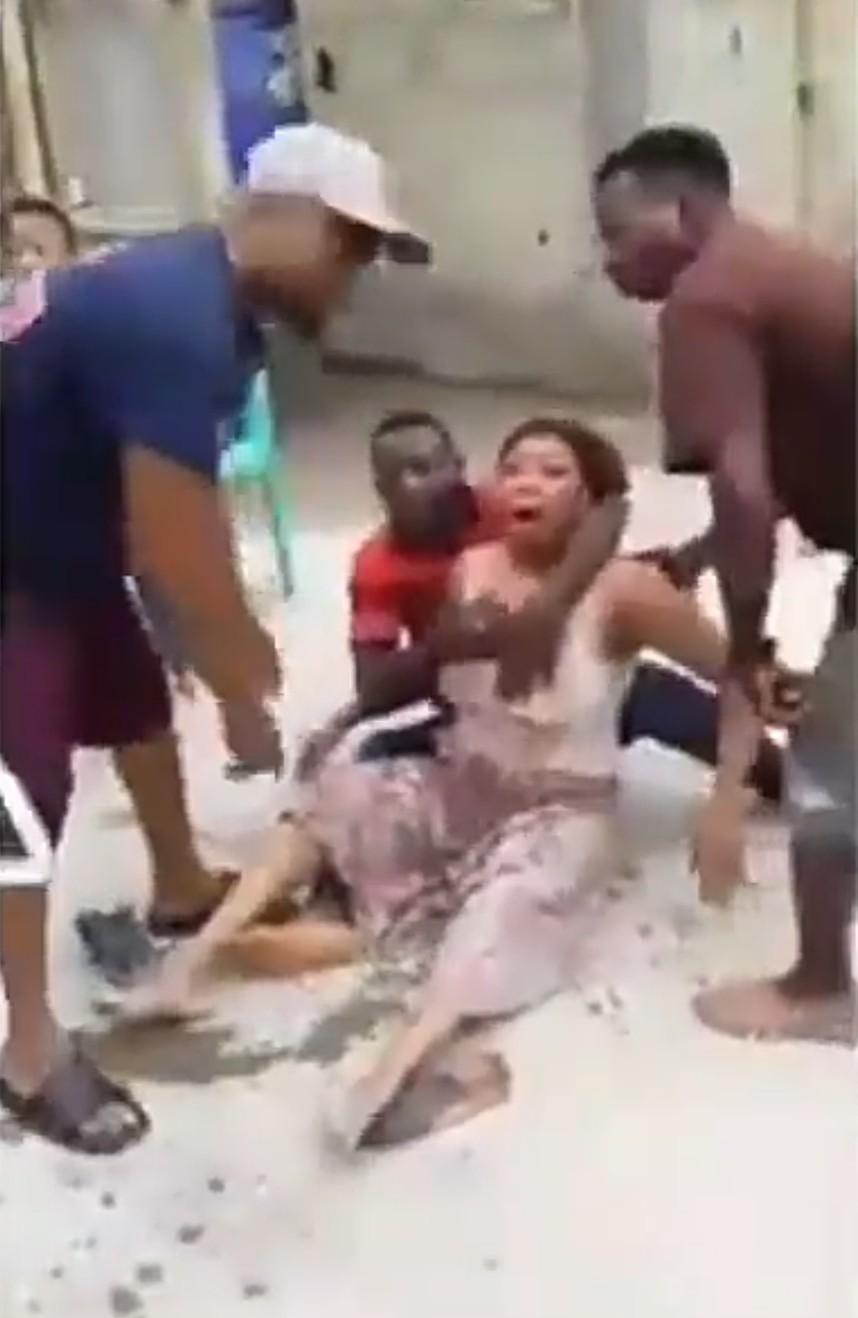 The woman appeared so fragile and weak as neighbours had to support her to prevent her from falling.

At some point, it appeared the woman was gasping for breath and one of her children began crying.

However, after she recovered a bit, neighbours asked her what really happened and she claimed that her husband always beats her at home, and her male neighbor had to confront him to stop doing that to his wife.

The woman said this angered her husband and he accused her of sleeping with the man, tagging her a prostitute.