The Anglican church, Ghana chapter has released a press statement to address the viral video making rounds on social media that captured the moment a reverend father blessed 3 female students with a holy kiss. 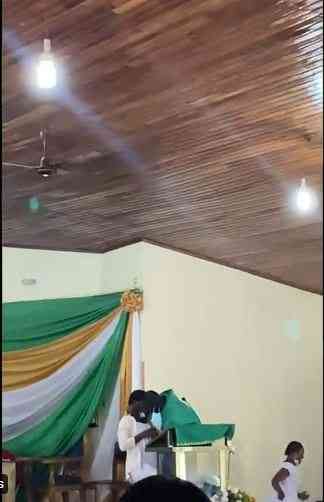 Gistreel in an earlier report highlighted how the video stirred reactions on social media as people gave their opinions as regards the act.

In an attempt to iron out issues, the Anglian Church in a press release disclosed that thorough investigations have been put in place to scrutinize the action of the priest and if found guilty would be made to entertain the wrath of the church. 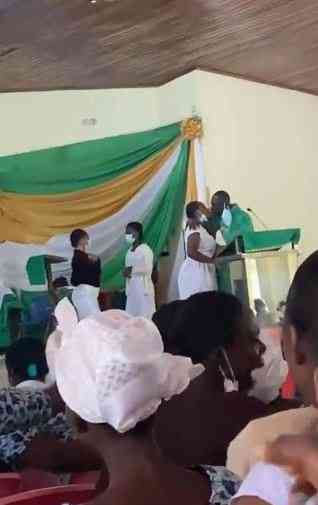 Moreso, the church stated that the students involved have been called for counselling to avert any psychological issue the viral video may have brought on them.

Read the statement below: 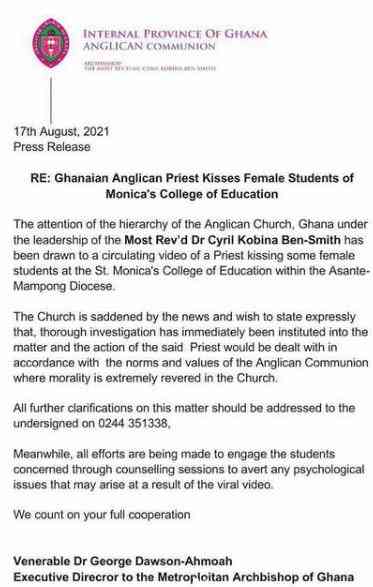