One of the primary responsibilities of government is to provide – or regulate the provision of – efficient service to the populace. Successive Nigerian government has failed in this regard. It has become a convention to get inefficient service, despite paying high. Both private and public institutions are culpable, but the latter errs more. Public officials are more of exploiters than service providers. The uniformed ones are worse. You are bound to pay extra before being attended to. Such is the case of the Nigerian Immigration Service. This piece brings you a firsthand account of the anomalies and corruption going on at the passport offices.

I flew into Nigeria for some engagements and noticed my passport would expire in six months. This qualifies it for renewal. I had two options: renew it in Nigeria or abroad. I opt for the former to avoid the stress I faced to procure the expiring passport. Besides, it is more expensive to renew the passport abroad and I stay far from the embassy. Renewing a Nigerian passport abroad is an uphill task many try to avoid. The unethical conducts of the embassy officials would make you want to renounce Nigeria. But patronizing the embassy is better. You won’t realize this till you visit the passport offices in Nigeria.

“You can’t just walk in and get a passport”, my friends warned. They vowed I won’t get it quickly unless an immigration officer ‘assist’ me. ‘Assist’ means paying an officer to monitor and hasten the passport application process. Rejecting the suggestion made them recount the tales of people who failed to subscribe for assistance. They narrated how such person’s application hit the rocks with “no record found”. How their image gets captured wrongly – rendering the passport unusable – was also recounted. 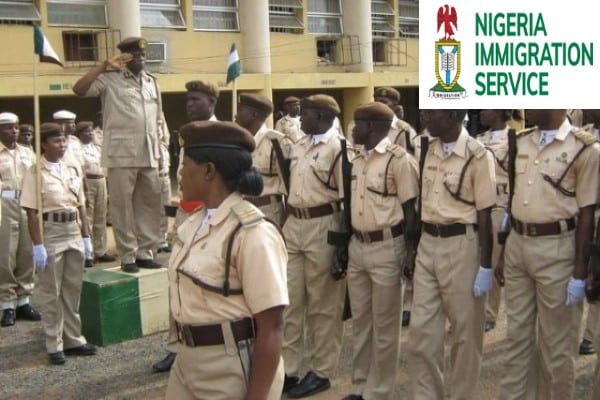 Other persons I chatted also stressed the importance of ‘assistance’. They disclosed that applying without being ‘assisted’ can take you up to 5 months, while you’d get your passport between 1-14 days when assisted. I remained adamant, but succumbed when a contact said “I know someone (an immigration officer) who’ll do it fast for 30k. Pay the standard 18, I’ll add the remaining 12”. That silenced me. I couldn’t dissent. To overegg the pudding was unnecessary. I agreed, on a condition that I would pay all.

We were welcomed by touts advertising ‘assistance’ when we visited the passport office. Most of them are agents of the immigration officers. Some officers were at the gate that day, and every other day. They were positioned as security, but seen scouting for new applicants; identifying them by their demeanor. The ideal thing is to direct applicants to a guideline or office, but they never did. They were asking them “do you know your way?” Answering “no” or making inquiries makes you prey. You would be connected to their partnering tout or officer to ‘assist’ you. Answering “yes” means you’ve already established contact with an officer inside.

My money did some work. The officer ‘assisting’ me fast-tracked the application. I did the face and fingerprint capturing within three hours. Don’t say I waited long! Capturing within such a timeframe isn’t possible without ‘assistance’; the applicants were over hundred. Nonetheless, the assistance wouldn’t have been necessary if the system is efficient, but those profiting from the inefficiency would not let it be.

The officer ‘assisting’ me collected my file after capturing. Like every other colleague, the officer has a client’s record book. My data was added to several others contained therein. I was told to come for the passport in two weeks. Efforts to secure a faster date failed. I left and couldn’t return till after a month due to an interstate engagement.

I got back and need to return abroad. Having performed the bribe ritual, I wasn’t worried about the passport, but the cost of flight ticket. I searched for ticket and was lucky to get a good offer from a reputable airline. This got me excited. My eyes stared at the ticket as I reminisced my last experience with the airline, hoping to have a good time again. I was tempted to book the flight, but held back. Being confident the passport is ready isn’t enough, lay your hands on it, I counseled myself. That turned out to be my best decision in the year.

“Your passport is not ready, we don’t have booklet”. The immigration officer ‘assisting’ me uttered the next morning. I smiled thinking it was a joke, only to discover it isn’t. I became worried about my scheduled activities abroad. How do I explain to a foreign organization that I won’t return at the agreed time due to passport renewal delay, when such doesn’t happen in their country? Efforts to get the passport quickly exposed me to several other wrongs in the passport office.

There’s no orderliness and feedback mechanism. You must always be present, even for minor things. The officers are used to earning extra from ‘assistance’ daily. This affects their commitment to you. They no longer give you much attention after the first day, their attention is always on the new clients. They have so many clients that they struggle to remember their name and situation when they dial. This made me resolve to always visit the passport office to monitor progress.

My regular visits made me a familiar face to some of the officers. A narration of my engagements abroad and the implication of not travelling immediately only earned me pity, not solution. I discovered the officers have factions and an unofficial policy. The officer you pay is responsible for you; no officer will assist you even if they can, no matter how terrible your situation is. This immensely affected me.

The officer ‘assisting’ me, a senior one at that, no longer have strong links in the production room due to recent reordering of duties. Clients of those who have strong networks in the room were collecting passports. Then, I discovered my officer was greedy. Officers in the production room charge colleagues for speedy processing because they know they’ve been paid too. The officer just submitted my file without tipping. As the days passed, I got more disturbed as I receive emails to explain my absence abroad.

An officer advised I should explain my situation to the head of Service Compact (SERVICOM) – the complaint and efficient service delivery section. I met the head of SERVICOM after a long wait. “Who is assisting you?” he asked. My eyes popped. The SERVICOM head knows about ‘assistance’. Great! I answered and was told to summon the officer over immediately. I felt uncomfortable, thinking the officer may be reprimanded, but nothing happened. They both checked my application status and detected no problem.

The SERVICOM head therefore instructed the officer to regenerate my file. He promised to indorse and send it to the production room, but I must do something before that happens. I must have a flight ticket and get a letter from the organization am with abroad, stating why I have to return urgently. That got me infuriated. Booking has not helped most of the applicants I’ve seen around. Moreover, I can only show proof that I’m affiliated with a foreign organization and why my trip is urgent, but can’t get a letter from abroad.

I contend that it is unreasonable for Nigerian immigration to be directing Nigerians to get a letter from foreign institutions before they can be issued a passport. The noisy room suddenly went silent. Unbothered, I stated that the passport is my inalienable right and no foreign institution would persuade Nigeria before I get it. The room was still silent, an indication that I’ve either misfired or scored a hat-trick. It was the latter. I was told to only explain my situation in writing and provide evidence that I must travel soon. No foreign letter needed.

I returned the next day with my letter and supporting evidence. To my utter dismay, the passport office had no network to check my status. I was amazed, but the officers weren’t. They experience such regularly. No one could do a thing that day. The entire office was practically shut down.

We were all waiting for network when I overheard the officers discussing about a just released promotion list. They’re annoyed that many of the officers who participated in the promotion exercise and passed, without any query, were not promoted, because they’re Southerners. The Northerners, particularly the Hausa-Fulani were massively promoted and posted to promising places. They also complained about the lack of proper documentation in the Nigerian Immigration Service. Many retired and deceased officers name came out as promoted. The officers lastly discussed the new enhanced e-passport and how much they should be charging for ‘assistance’. No amount was agreed. I went home happy. The revelations made my coming worthwhile.

The next day, my officer advised I shouldn’t regenerate my file for one reason: the officers assigned to search files often declare them unfound without conducting any search. The officer collected extra N3,000 from me to tip a new contact in the production room. I was glad I didn’t ask the foreign body for letter and my predicament was earning me uncommon findings.

I later visited the passport office with Dr Akin, an erudite scholar and researcher who just landed in Nigeria. I briefed him of my past findings and tasked him for more. Dr Akin gathered facts from the applicants through informal discussions. His respondents revealed they’re being ‘assisted’ by different officers who charged them between N30,000 to N45,000, instead of N18,000. He briefed me of a septuagenarian who vowed it’s impossible for anyone to procure a passport at the official fee. The old woman shared her desire to see a working Nigeria, but regrets that can’t happen during her lifetime. I got my passport that day, about three months after applying.

The Comptroller General, Nigerian Immigration Service, Muhammad Babandede have to step up his game. He needs to inject more transparency, efficiency, accountability and discipline into the service. More passport offices need to be established and the existing ones should be provided with enough amenities. More seats are needed. Many applicants stood under the sun to collect their passport and the public address system was inaudible. Those in front have to repeat the names being called before others could hear. People were charged N50 for using the lavatory, why?

This piece is an advocacy for efficiency, not vilification. The passport office and persons were deliberately not mentioned. An encounter with me shouldn’t make them the fall guy. What is needed is a holistic reform, not punishing few persons for the wrongs being committed by virtually everyone in the service.

*Omoshola Deji is a political and public affairs analyst. He wrote in via [email protected]