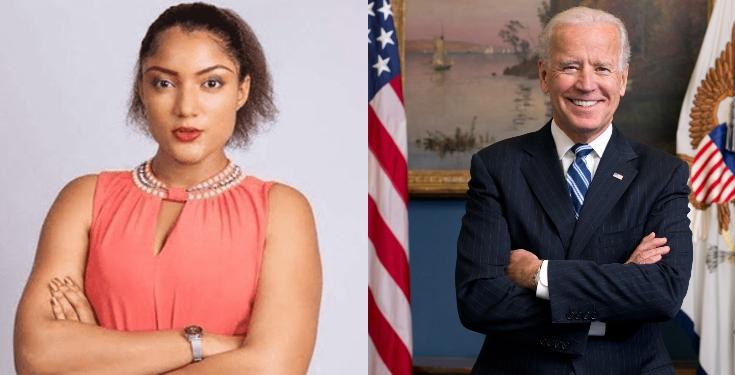 According to the reality star who is a staunch Donald Trump supporter, Americans have elected their downfall, and the country is going to be controlled by the bad guys that are yet to be unleashed.

Read as she posted on her Instagram story below…

“Americans have elected their downfall. It’s a shame people can not see the reality in front of them. In front of us, the so-called Biden is the president but behind closed doors, the people behind Biden are the president. America is going to be controlled by the bad guys that are yet to be unleashed. It’s a shame how people justify things with their emotions. Let’s see how the world go take end naaaa…i still dey watch the Biden” 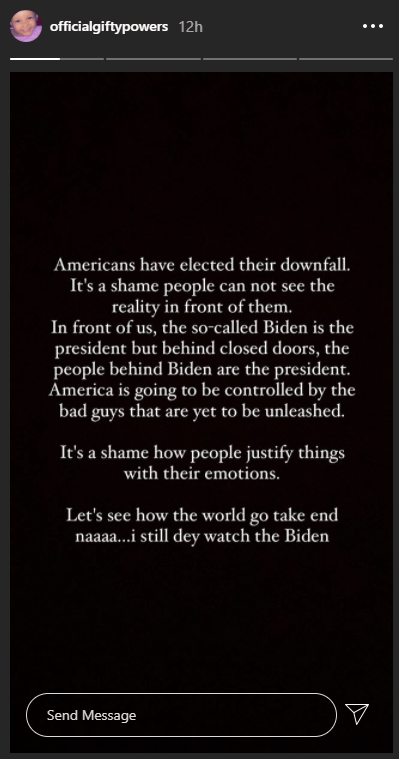 Gifty was a housemate of BBNaija 2017 “See Gobbe” contestant.