Home Entertainment News American lady narrates her encounter with a Nigerian man who proposed to... 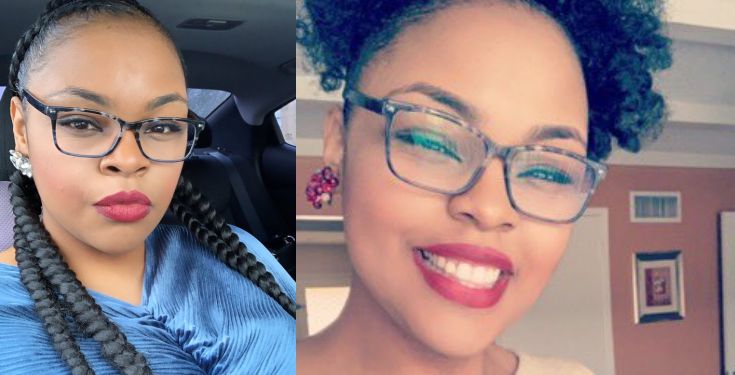 A Twitter user identified as @ThatLewisGirl89, has narrated her encounter with a Nigerian man who proposed to her on the platform.

According to the young lady, the man messaged her on Twitter and boldly proposed to marry her so he could gain access into the United States of America and they could then divorce once he gets there.

So this Nigerian man messaged me on twitter and says “hello am wondering if you can marry me so I can gain access to America” …. That was bold !!!

With that being said . He said he wanted to go to school In America . Im currently helping him find a school and so far we have found two that will give him housing and some funds to help. He’d have to get a job but he doesn’t mind at all. It’s always good to help others. 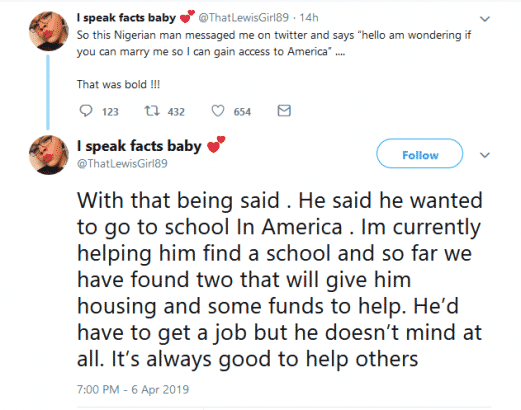