DMW boss, Davido has kicked out one of his signee, Sanni Goriola popularly known as Lil Frosh, from his music label, for allegedly beating his girlfriend, Gift Camille, to a pulp. 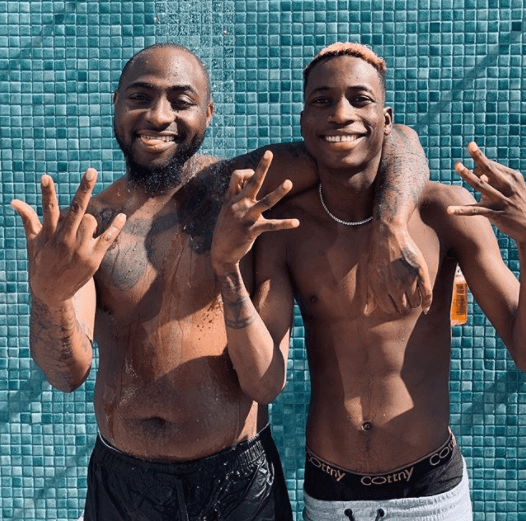 In a statement posted on Davido’s social media pages, DMW terminated his recording contract effective immediately, stating that they don’t condone domestic violence and stand with all victims of domestic violence.

Read the statement below… 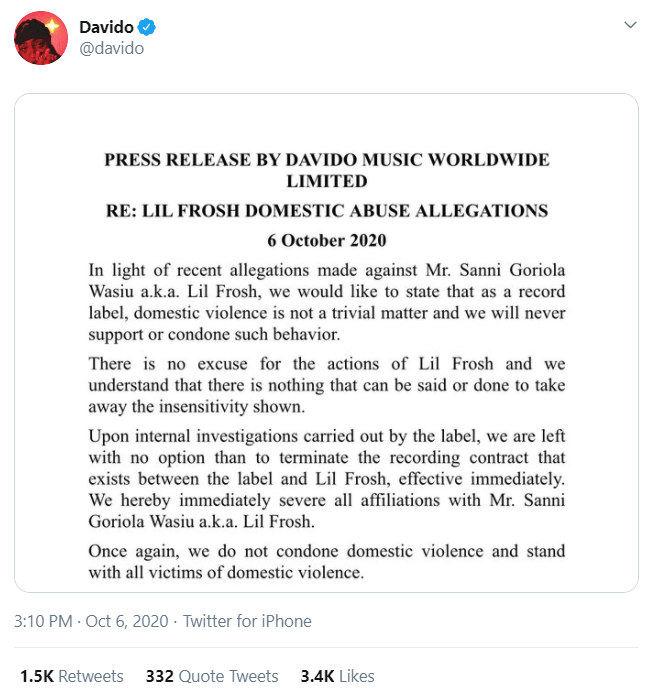 The rapper was called out by the brother and manager of the girlfriend  on Monday, October 5, 2020. According to Camille’s brother, Michael, Lil Frosh has been assaulting his sister for a while now. 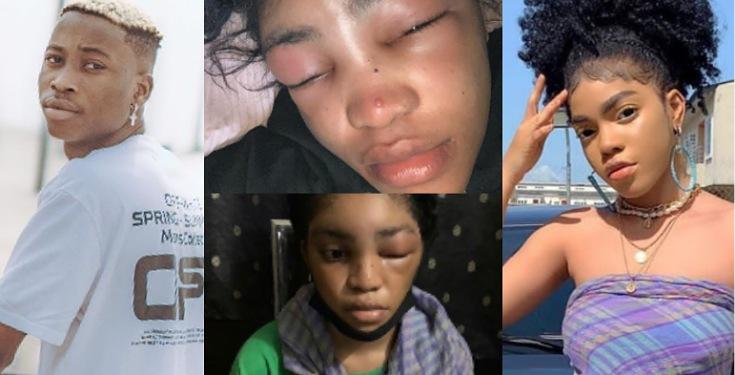