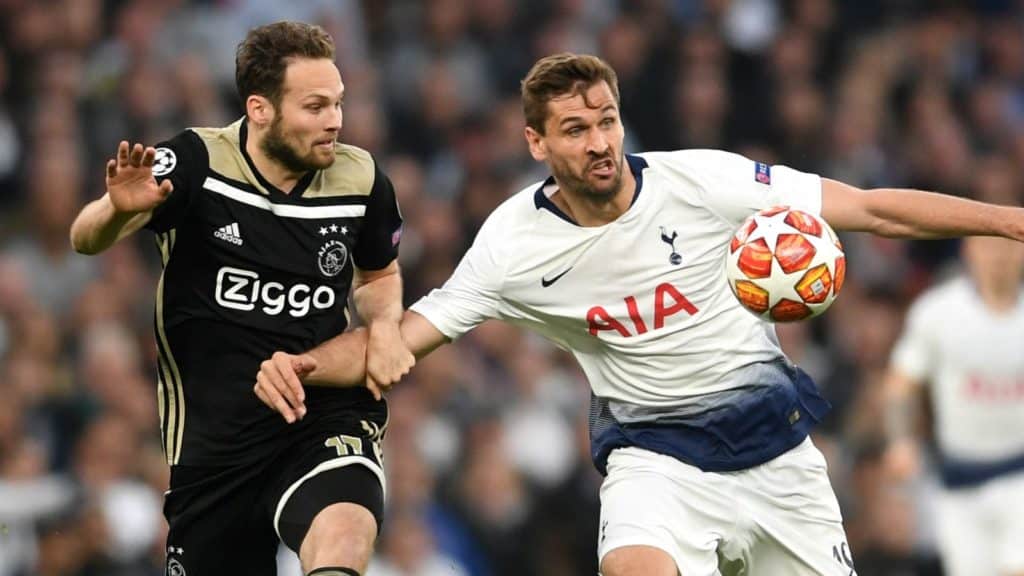 But where we saw a confident – even brash – team sweep away two of the grandest names in European football in previous rounds, this narrow victory over Tottenham was not so swashbuckling.

Like a promising young prize-fighter proven to have a glass jaw, Ajax had to survive on their wits at times. Their passing game was disrupted by an energetic Spurs side, who looked more at ease following the sickening collision involving Jan Vertonghen and Toby Alderweireld, which necessitated replacing the former with Moussa Sissoko.

By that stage many Spurs fans might have been wondering why Mauricio Pochettino had not started with that shape if not necessarily the personnel which made up the 4-4-2 diamond after Vertonghen’s exit.

Because to that point Spurs had played into Ajax’s hands. It was as if they’d seen nothing of Europe’s most exciting pretenders since Monaco reached this stage two years ago. Frenkie de Jong was allowed to pick his head up and find passes. Hakim Ziyech was lording it in any domain he fancied. The twin threats of David Neres and Donny van de Beek had it their own way in attack.

They had a goal – a crucial away goal at that – which was well deserved. Van de Beek’s neat turn and shot from Ziyech’s through ball showed him as the calmest man inside the Tottenham Hotspur Stadium.

It could have been two on at least a couple of occasions after. Spurs had no grip on their opponents, looked plotless on the break, and suffered at the hands of superior energy and ideas.

Late on – after the Spurs onslaught – they survived one more scare when Neres hit the post off a Dusan Tadic assist.

With Son Heung-min and – possibly – Harry Kane to return, Spurs will not be fearing their trip to the Amsterdam Arena next week.

There is work to be done for Ajax and they will need to recover their composure.

Europe’s darlings they may be, but they are being made to sweat to pass Spurs.

“Try use Koko doctor, Toke own na disaster” – Netizens advise Teni as she...