Ex Miss World, Agbani Darego has counseled a follower who is being pressed into having children because she is 34, not to do anything because society expects it of her. 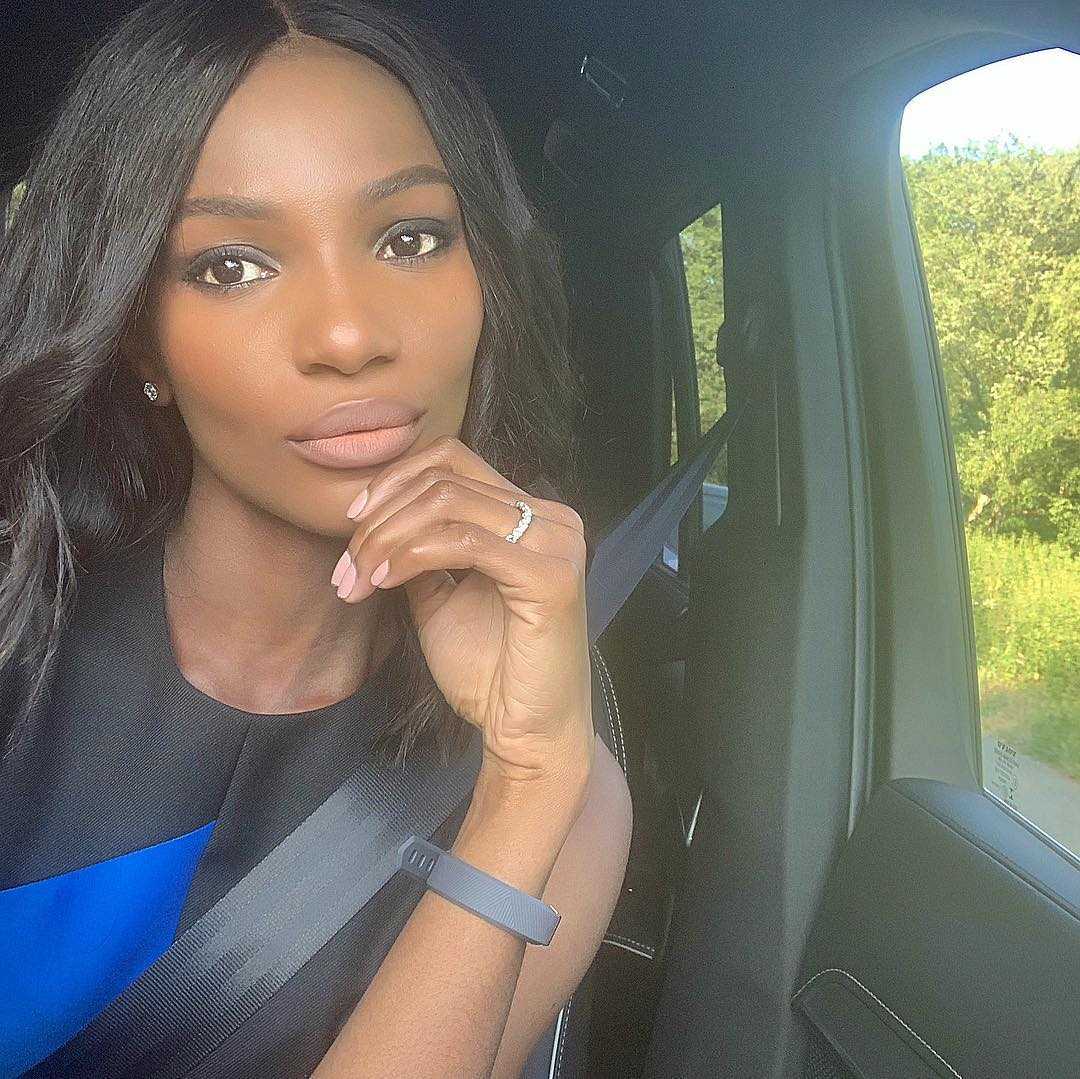 The follower who appears to be at a loss on what to do asked Agbani Darego how she was able to manage not being pressured into having kids after 35yrs as she’ll be 34 in a few months, when the former miss world gave them the chance to ask her any question on their mind.

In response to a follower’s question, Darego advised that one should not do anything because society expects it of them, but instead do it for oneself in their own time and pace.

According to Darego children are a blessing, but only if you wish them, and you must be psychologically, emotionally, and financially ready for that trip, so don’t allow society bully you into having children when you’re not ready. 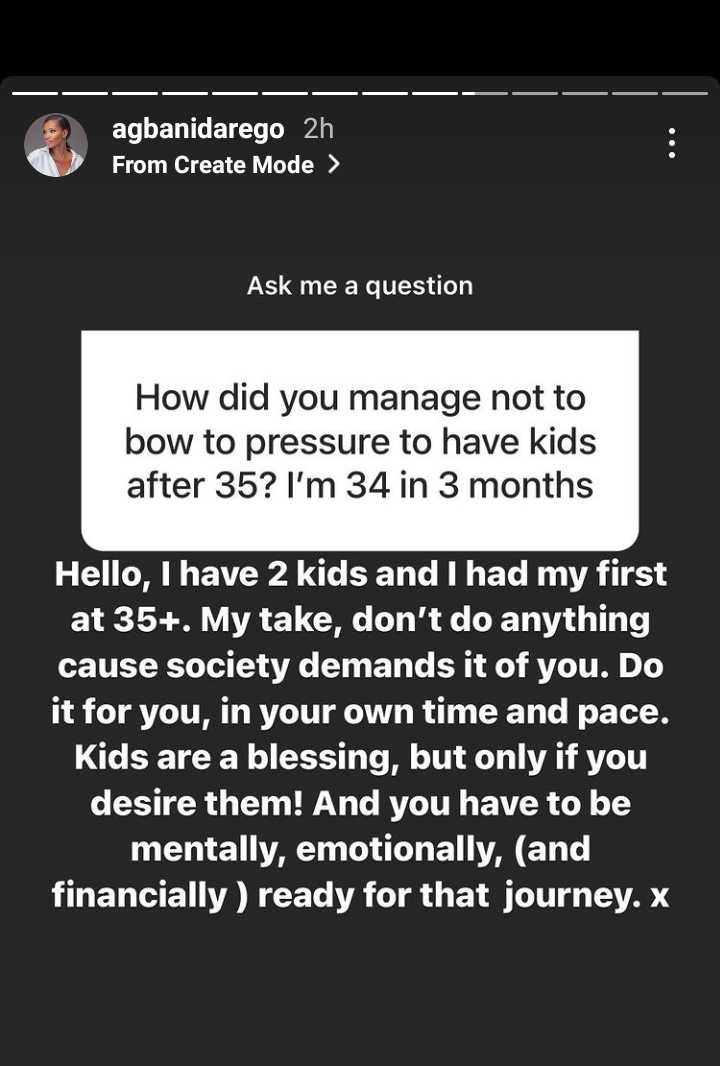