M.I Abaga released a new single after much anticipation by hip-pop fans for a new track from the Chairman to Vector.

The new song is titled “The Viper“, on this M.I gave Vector maturity instead of lashing out at him. He shared with Vector how to be successful and become a Boss and join the Higher Authority. 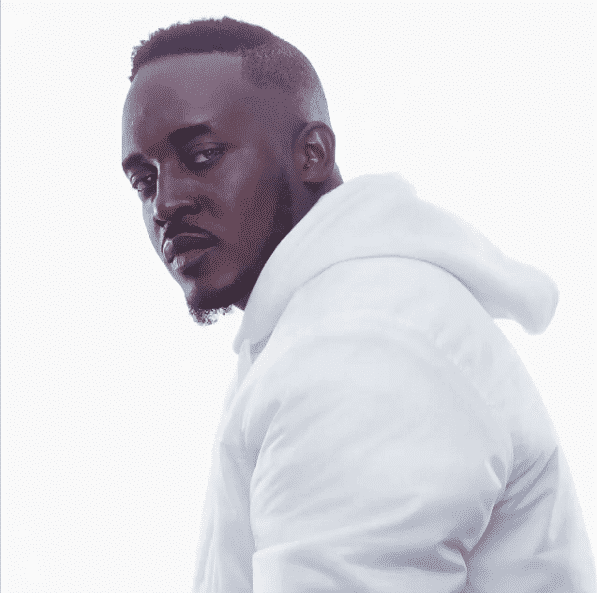 ‘Vector is just bitter because he didn’t get a feature, but i still love him like a son‘… M.I says as he plays a fatherly role on this record and shared some wisdom to Vector.

In his word; ‘Instead of responding in hate I have chosen to give the snake the secret to my success.. ‘help people’. You are the only rapper that has done nothing to bring anyone else up.. from your first producer LayLow to your former manager Michael (who now works for CC btw) to A-Q your friend that year.. all you do is use people..

Olamide has given so many a platform, Ice Prince the same, Falz just an all round angel, Reminisce bringing up young legends.. don’t even compare yourself to me.. I am a fucking industry on my own!! see this is why you have always been a tier beneath the rap aristocracy! Because you are a jealous and envious person. Your fans are great sha.. because despite it they love you so much.. I pray you open your heart and let the message from God through me in.. it is time for you to live up to your full potential.. to enlarge your coast my son..enlarge your heart ??your music brand and career will blossom’.. 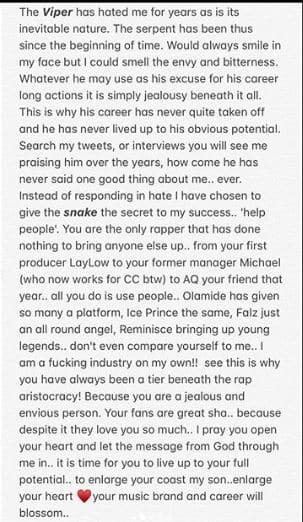