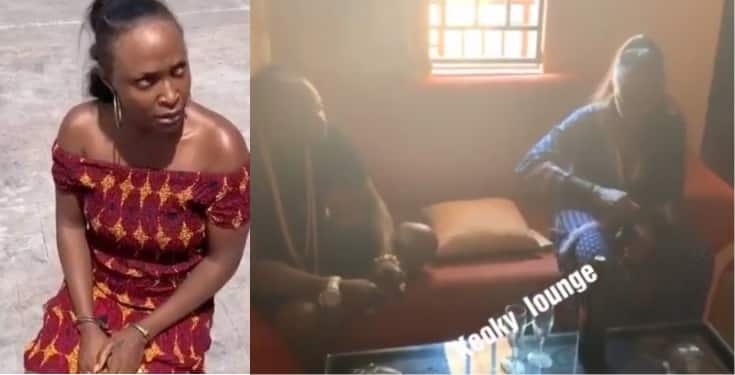 Relationship blogger, Blessing Okoro, claimed to have built a seven-bedroom duplex on her 30th birthday and she shared photos of the property.

The real owner of the house, Onye Eze na China, slammed Okoro for deceiving people with his property and even came back to Nigeria to protect his home.

After being found out, Blessing Okoro still visited the residence with the aim of deceiving and confusing her fans.

In reaction to her lack of repentance, Onye Eze has arrested the blogger and made her admit in a live video that the house does not belong to her.

However, In the video that’s now making the rounds on social media, China-based Nigerian big man, Onye Eze has been captured having a drink with blogger, Blessing Okoro.

Apparently, he feels the blogger should have learnt her lesson and so, he lay aside all disputes as he sits her down to have a drink with her.

Portable tenders apology to Headies organizers after being reported to Police over threat to...

“She likes sleeping in between my husband and I” – Lady laments inseparable bond...