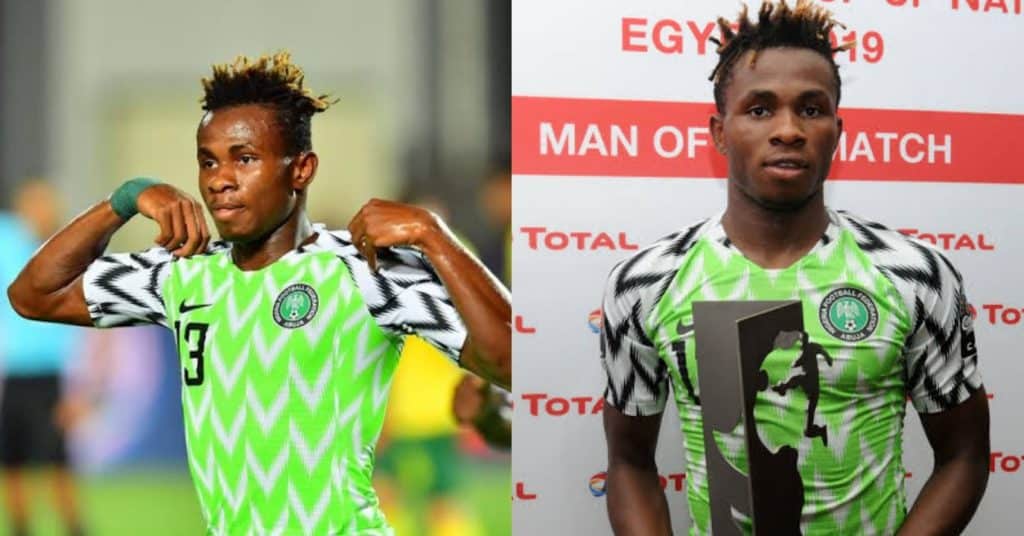 Samuel Chukwueze, the scorer of Nigeria’s opening goal during their clash with the Bafana Bafana of South Africa yesterday has set a groundbreaking record.

He has become the youngest player to find the back of the net at the ongoing campaign. after bundling home the ball in the first half of the match yesterday.

The 20-year- old Villareal forward was simply unplayable throughout the entire duration of the match as he constantly gave the South African backline some torrid time with his pace and trickery.

His goal during the match yesterday was his first after seven matches in the colour of Nigerian jersey.

Recall that he also won the man of the match, making yesterday’s match a glorious play for him.

“We’ve notified the police” – Headies threatens to disqualify Portable over death threat to...

“Oluwa cover me, they want to kill a superstar!” – Portable exclaims as he...

“I stopped sleeping with my husband three years before divorce” – Kaffy recounts issues...