Highlife singer, Chinedu Izuchukwu Okoli, popular known as Flavour N’abania has shared an adorable video of himself singing and playing the guitar for his aged father in Enugu state, Nigeria. 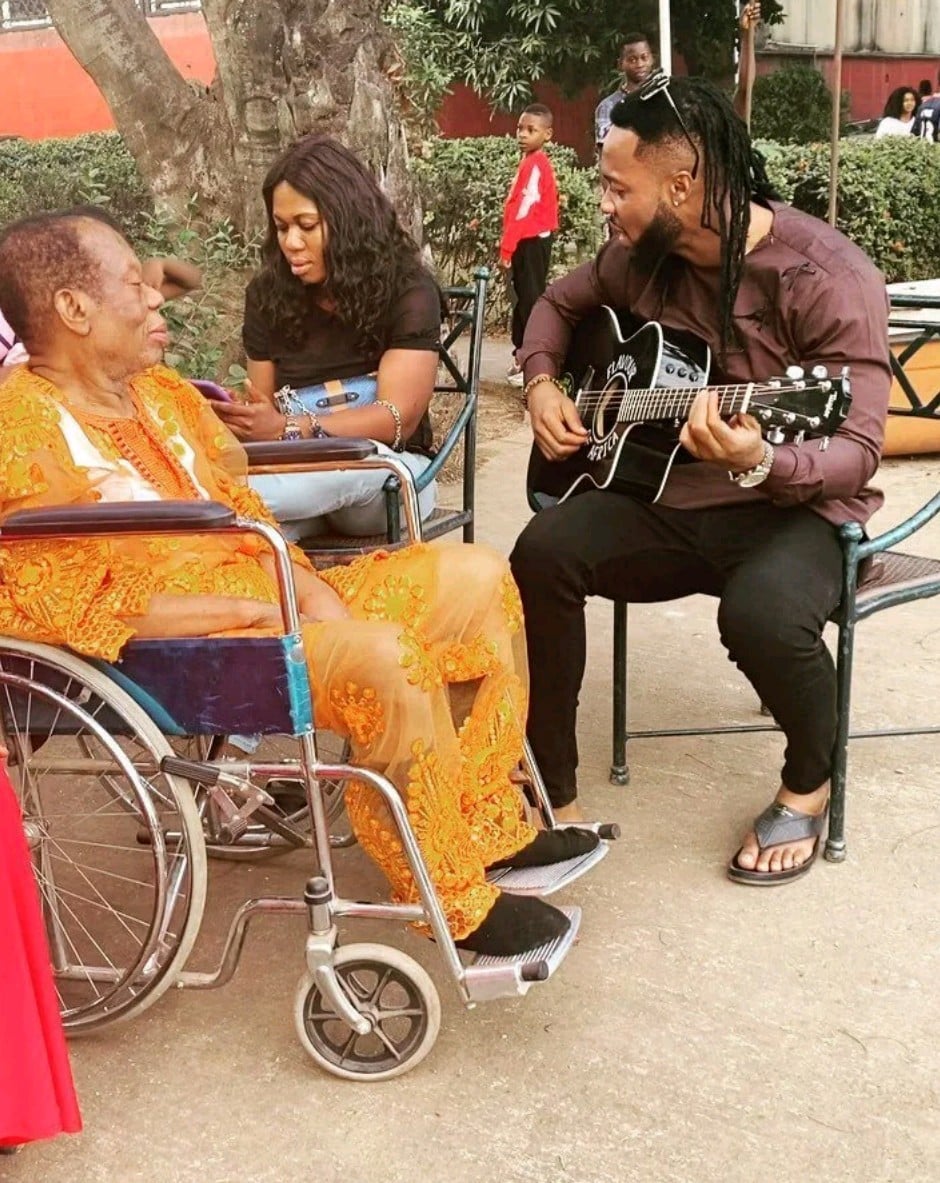 The singer, who is reportedly the first son of his father, confirmed he still has time for his family, despite his busy schedule.

While Flavour was doing what he knows best, his dad nodded in affirmation to the rhythm of the song.

Early reports alleged that the singer ran away from home due to his parents’ disapproval of a career in music at the age of 13.