Adebimpe Akintunde, a popular Nollywood actress, has stated that she and her daughter narrowly survived a bandit attack on the Lagos-Ibadan express road. 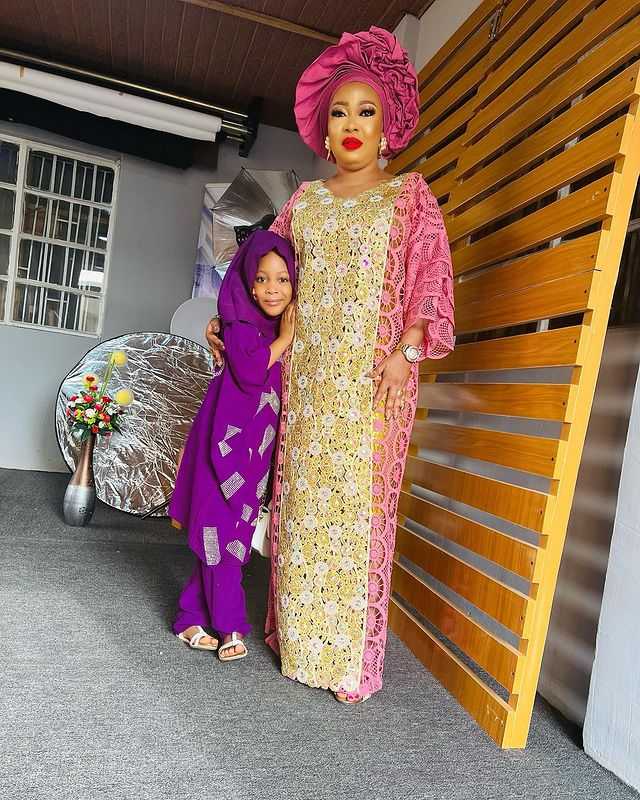 She claimed she was on her route to Lagos when she was ambushed by bandits in Oni-Garri.

The bandits, she claimed, were shooting directly at the passing automobiles.

“Let’s be careful on Ibadan Express Road, I escaped the bandit attack at around after 5 this evening after oni Garri on my way to Lagos..

They were shooting at all the vehicles coming from Ibadan. They are like 10 in uniform shooting directly at us.

GOD SAVED ME AND MY DAUGHTER I CANT BELIEVE THIS.

LIKE THEY WERE SHOOTING DIRECTLY AT US!!!!! WHERE ARE WE GOING IN THIS COUNTRY BROAD DAYLIGHT ATTACK!!!!!

GOD CAME THRU FOR US I TURNED BACK!!!!! FOLLOWED ONEWAY AND ALERT
OTHER DRIVERS TOO , Just Help me Thank God for My life and That of my Innocent Daughter we are back in Ibadan Safe and Healthy but in Shock” 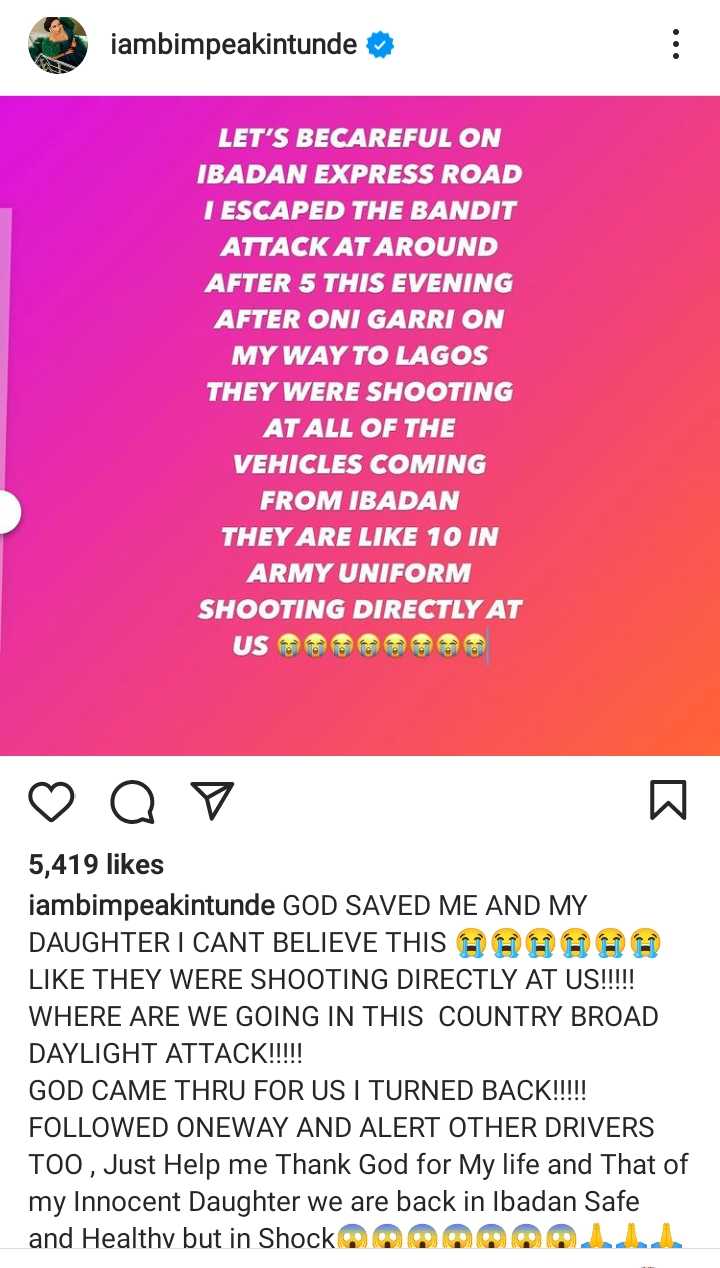