Popular Kannywood actress, Rahama Sadau has once again been dragged by the Twitter Muslim community for exposing too much skin. 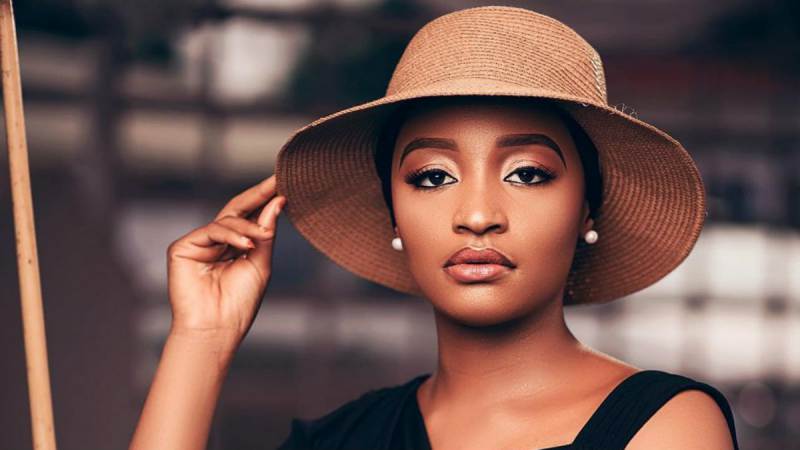 It would be recalled that the actress was under serious heat for a couple of weeks over a photo that exposed her back.

In a recent Tweet, Rahama shared a photo of herself on an off-shoulder dress leaving some part of her arms uncovered.

Muslims on Twitter however lambasted the thespian for going against the conducts of the Islamic religion. 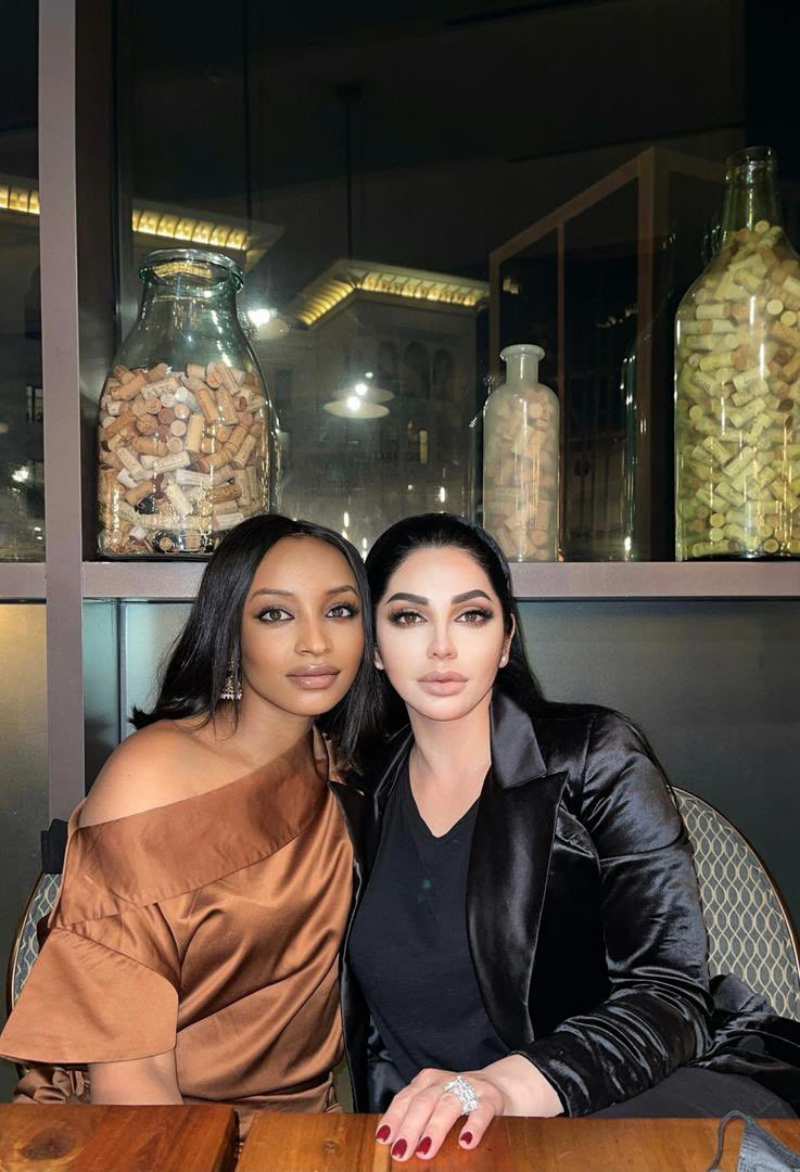 “Even the Shabnam’s dressing is looking more modest. Continue. This life is short and a word is enough for the wise,” a Twitter user wrote. 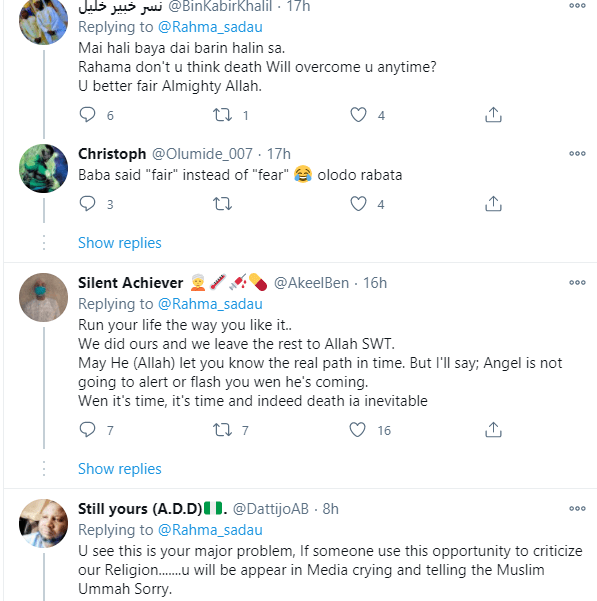 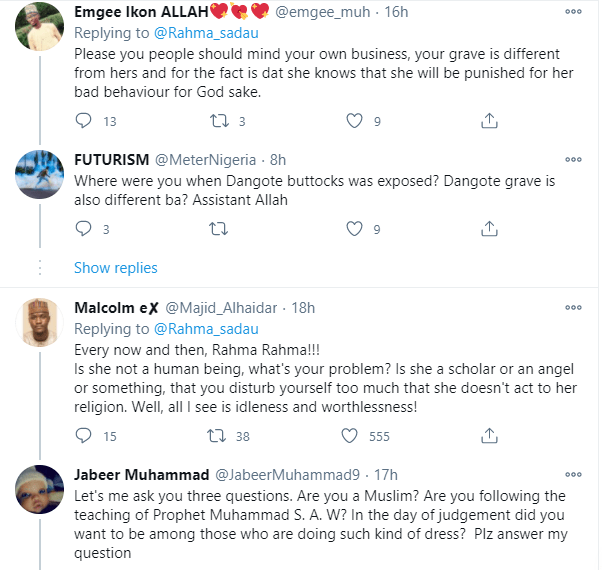 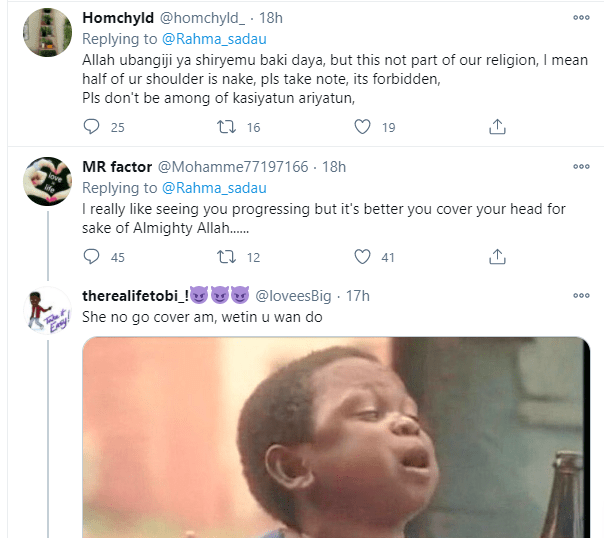 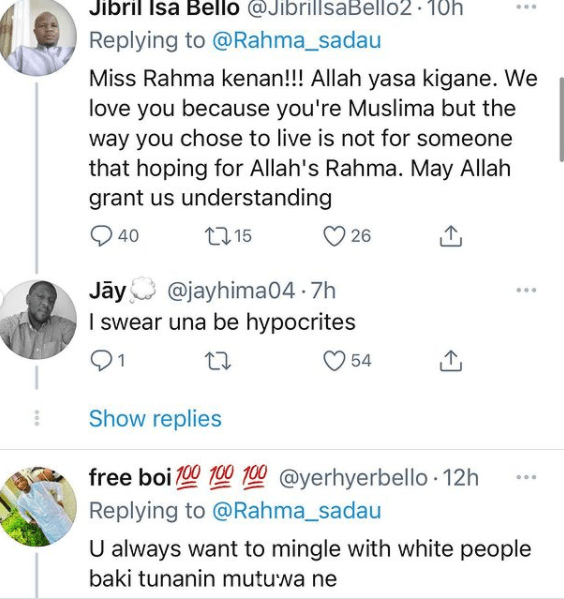 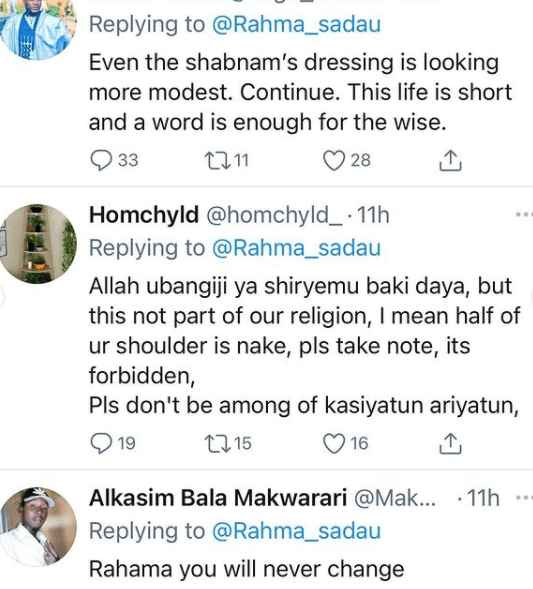