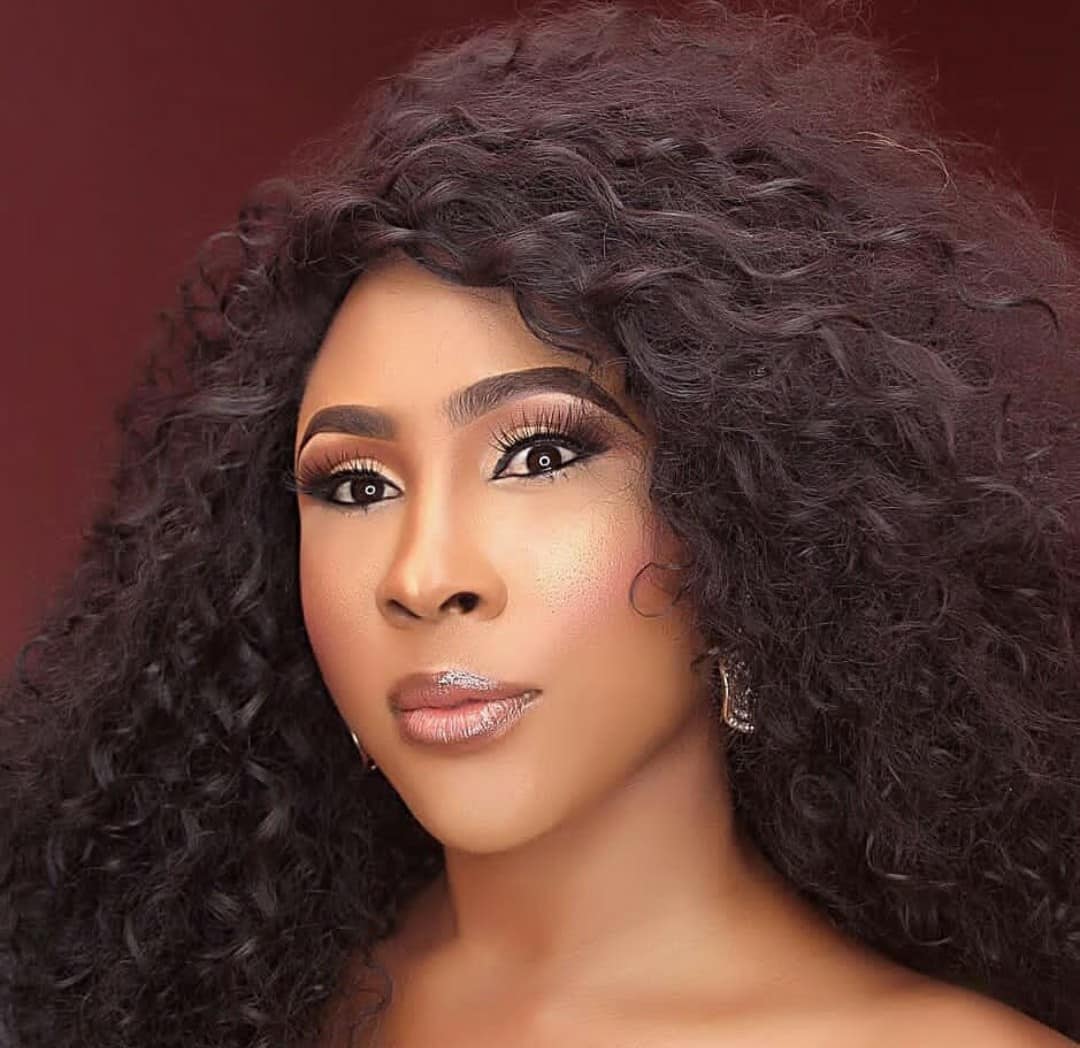 Mercy Eke, better known as Lambo had taken to Twitter to count her blessings as she affirmed that before the walk to fame, she had owned three powerful vehicles. 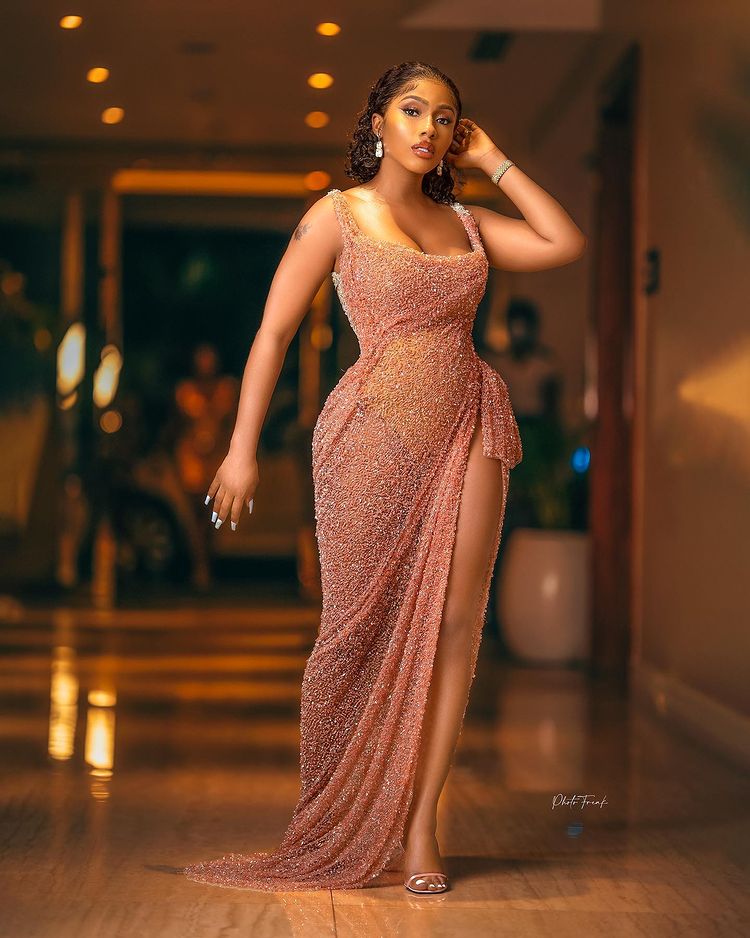 “I drove three cars before bbn… Toyota Matrix..ToyotaRAV4 and Mercedes Benz Glk,” she wrote in a tweet. 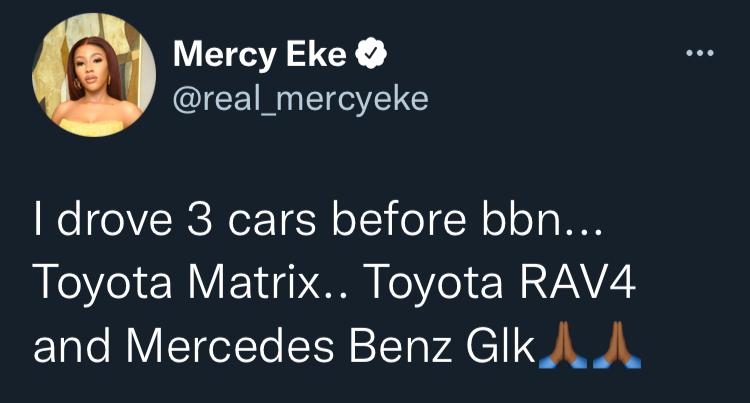 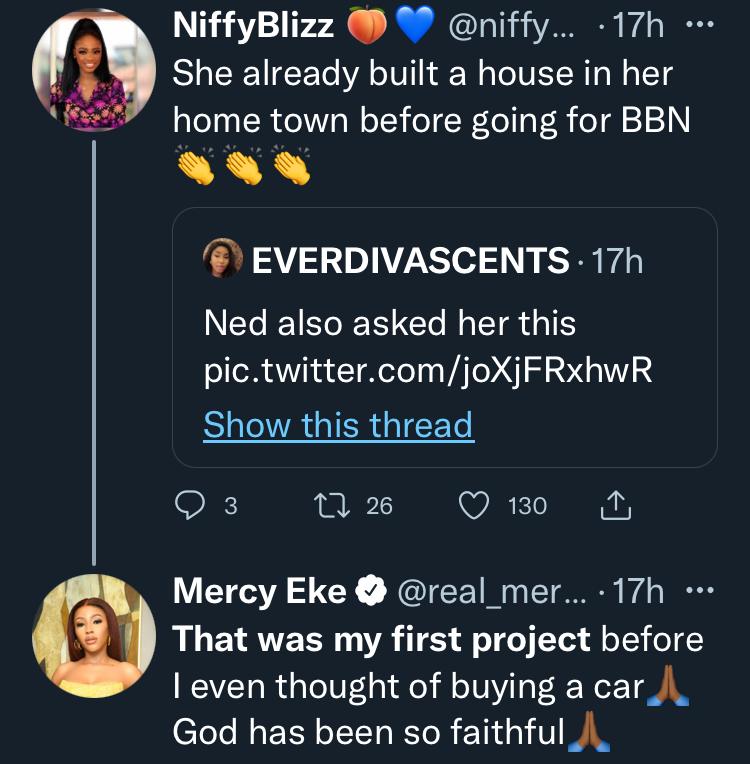 In reaction to the claim by Lambo Homes CEO, Nnaji Charity responded with a subtle shade that placed Mercy in the position of bragging unnecessarily.

“If brag was a person,” Charity wrote.