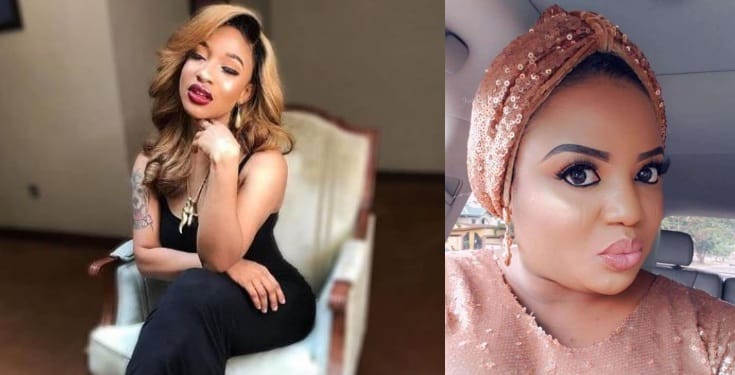 Following the release of Tonto Dikeh’s explosive interview exposing the father of her child, Nigerians have frowned at the ridicule she has brought on him.

While many people believe Tonto is bitter, some have said she could have settled all her differences with Olakunle Churchill without involving the media.

However, Tonto has made it certain that she’s out for her son’s father said she’s not going to hide anything from him.

Reacting to the public shaming of Tonto’s estranged husband, actress, Funke Adesiyan has thrown a subtle sub at Tonto.

“Some partners are toxic. Their toxicity will destroy you, your core and existence. May God not let us fall victims of “oloriburuku” partners. Amen! #disgracetowomanhood
Don’t know why it’s so difficult for her moving on!”