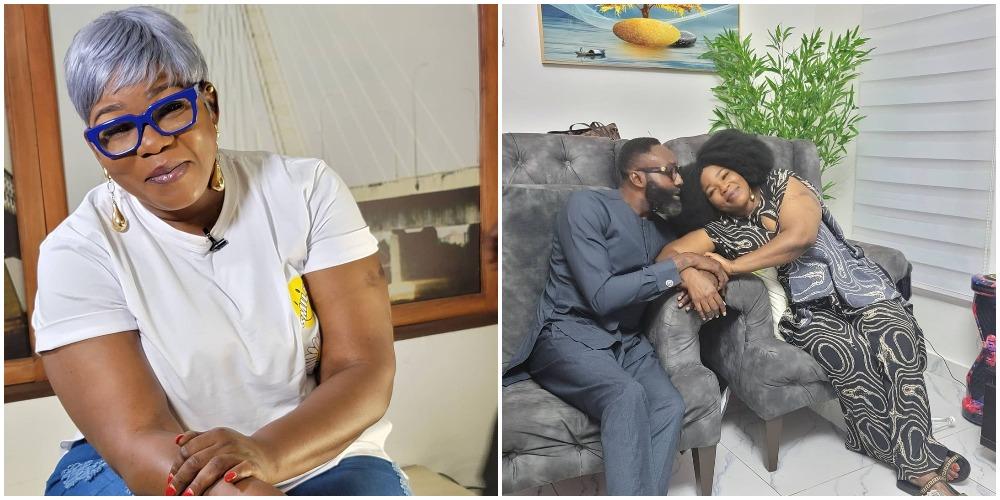 Veteran Nollywood actress, Ada Ameh has taken to social media to show off the man in her life, a move that excites fans and lovers.

It would be recalled that the whole movie industry was left in a sad mood some months ago when Ada Ameh lost her only daughter.

Ada Ameh’s daughter was pronounced dead after an unsuccessful surgery and was buried amidst tears some days later.

The star actress is now getting back the missing smile from her face with her new man doing the wonders.

Ada Ameh who couldn’t hide her excitement took to Instagram to profess her undying love to her new lover who has been identified as George Deegha.

Fans and top personalities in the entertainment industry have all stormed her page to share their excitement, noting how great it is to see her smile.