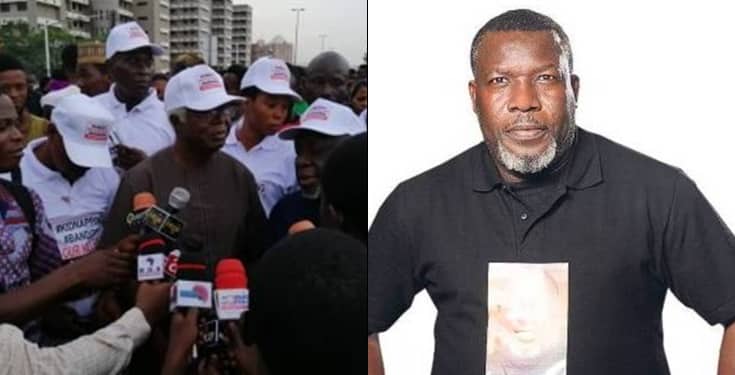 Nollywood actors on Wednesday alleged that the killings in some part of the North, precisely Zamfara State were politically-motivated.

The group, under the umbrella of Concerned Actors and Seasoned Nollywood Stars, which was lead by former President, Actors Guild of Nigeria, AGN, Ejike Asiegbu at a rally held in Surulere, Lagos, called for an end to the sponsorship of the senseless killings in the State by political actors and their cohorts.

Asiegbu also urged sponsors of these dastardly acts to sheathe their swords and embrace peace in the interest of humanity.

He said if those politicians failed to stop the senseless killings in their interest Nollywood stars were ready to take this campaign beyond the shores of Nigeria, down to the United Nations.
from dailypost