Actor IK Ogbonna has slammed a troll on Instagram who mocked his best friend and colleague, Alex Ekubo over his broken engagement. 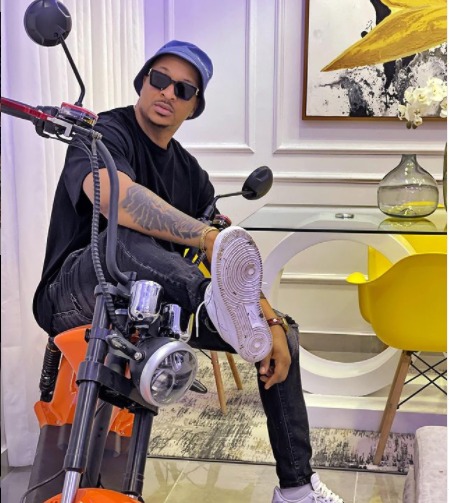 Recall that Alex Ekubo got engaged to his girlfriend and was set to get married by November 2021.

Unfortunately, the duo unfollowed each other via Instagram which was also accompanied by a cryptic post made by his ex-fiancee, Fancy.

Despite this emotional setback, the Actor bagged a Ph.D. degree in Arts and Culture.

To congratulate him, his best friend, IK Ogbonna took to his Instagram page to extol him for his latest achievement. But unfortunately, a troll dropped a hostile remark in the comment box. IK Ogbonna didn’t take the comment lightly as he fired back at the troll.

The troll wrote, “If them no give you marriage certificate, at least you collect doc. certificate”.

Ogbonna replied; “you are yet to get a working brain”.