Reports gathered that the veteran actor was manhandled for putting on an outfit with colours of the Biafran Flag. 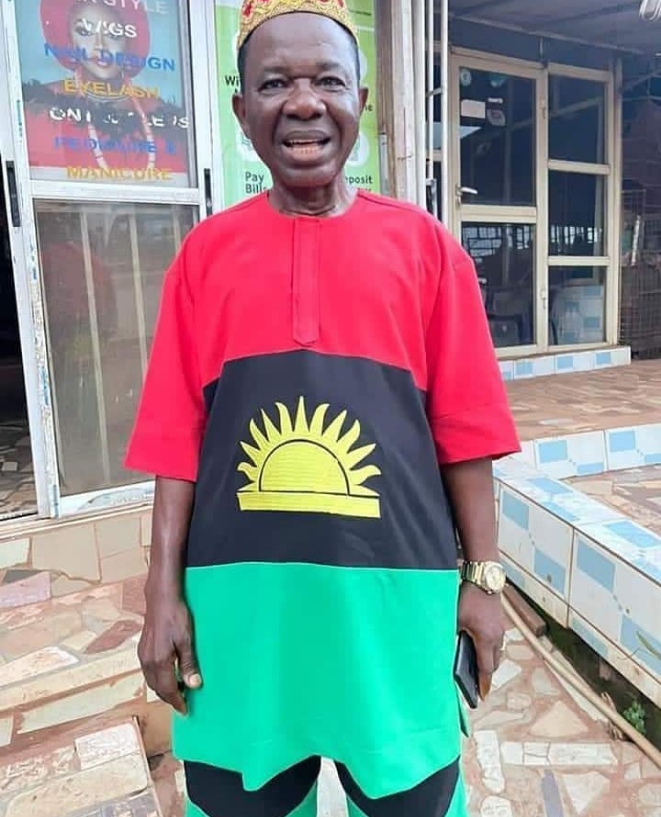 Agu’s vehicle was stopped by soldiers who wasted no time in bringing him out of his bus.

In the video making the rounds on social media, Agu was seen struggling with the soldiers as they dragged him out.

Recall, the Nigerian Government has banned the display of the Biafran Flag in any part of the country.

Last Month, Agu went viral on social media after wearing an outfit made of the Biafran Flag with many Nigerians stating on social media that ‘nothing must happen’ to the popular thespian.