Nollywood actress, Tonto Dikeh has resumed the dragging of her ex-lover, Prince Kpokpogri while spilling some dirty secrets about him. 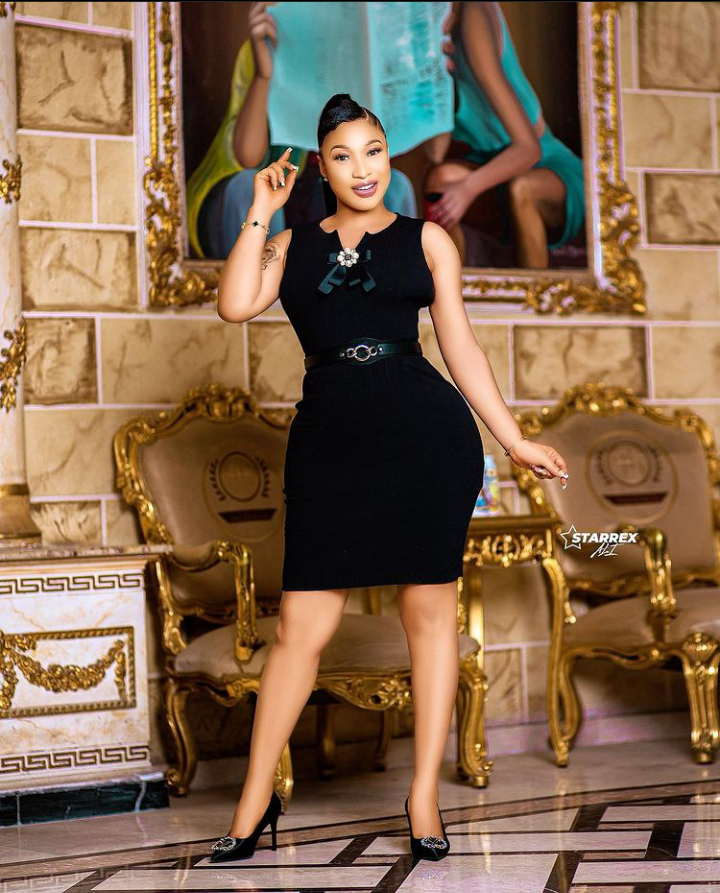 The drama began after Tonto shared a video of Kpokpogri twerking which she claimed depicted her mood.

In a subsequent post, Tonto while stating that she only used Kpokpogri as a meme contrary to the speculations of a possible reunion from fans ridiculed the Delta-born politician by referring to him as a public di*k. 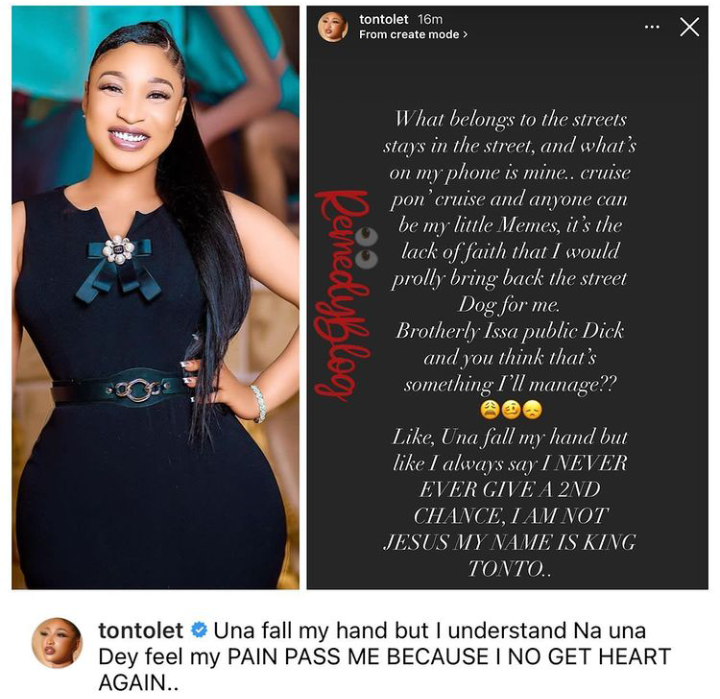 Kpokpogri in turn, shared a new video on his Instagram story where he slammed the actress and a new online brawl was born.

See what Kpokpogri wrote in the video: 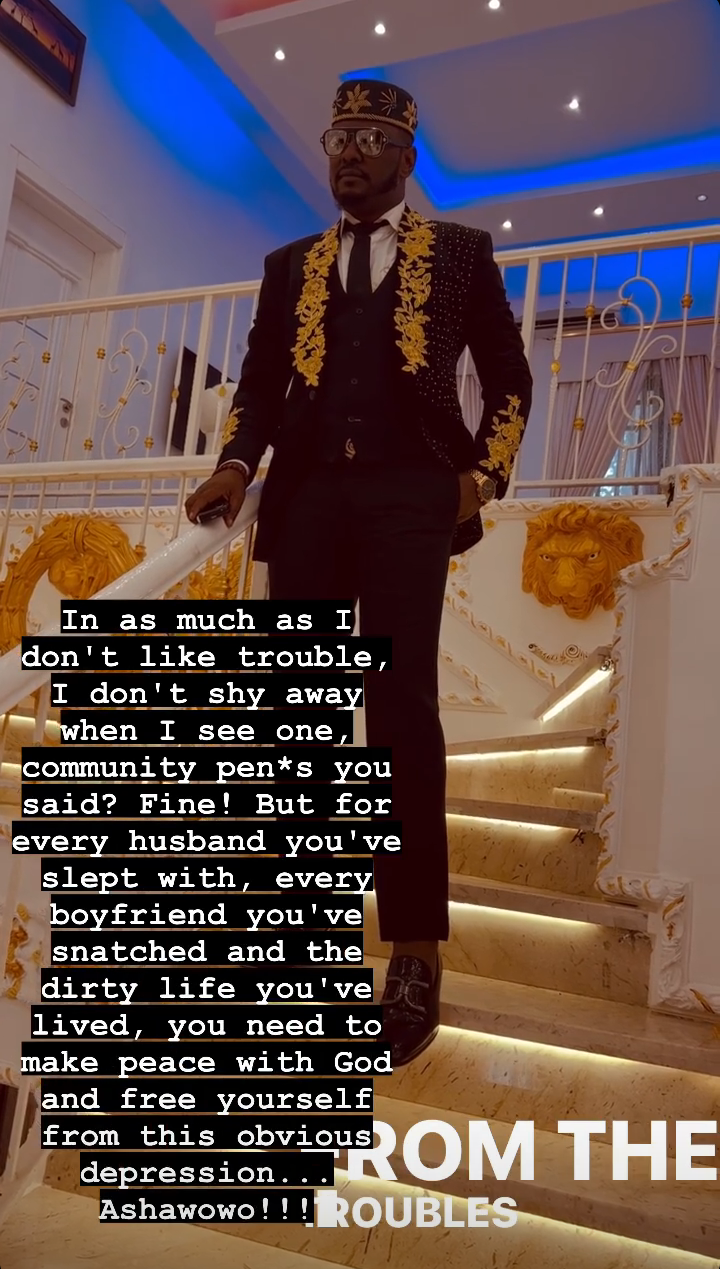 Reacting, the mother of two while dragging Kpokpogri to filth revealed that he sleeps with his married sister, Tina. 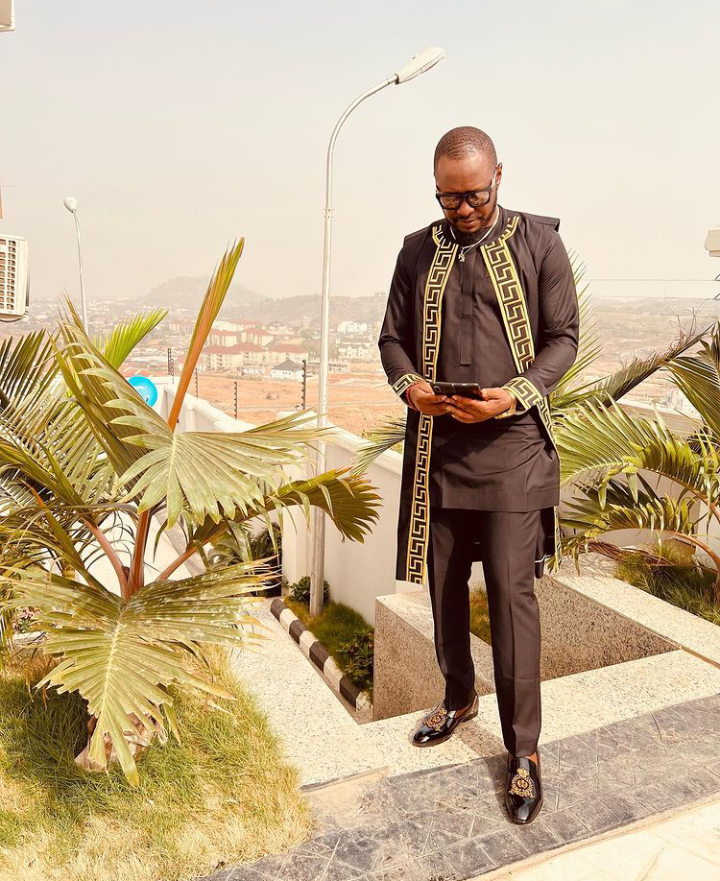 “????
Oga Kpo kpo from morning till night, Abeg between me and you who is the Prostitute?
.
Name the names of the husbands I have snatched or boyfriends, name a place any blog joined me together with anyone’s husband..
.
.
Oo I call you a COMMUNITY PUBLIC DICK BECAUSE THATS WHO YOU!!
.
Plus your mother is the A……
From A mother to a mother.:
With Love, you obviously can’t take half the shit you have done to me.
So don’t cry when I feel the need to start..
A street Dog is a street Dog ?
.
.
2 can play this Game BINGO…” 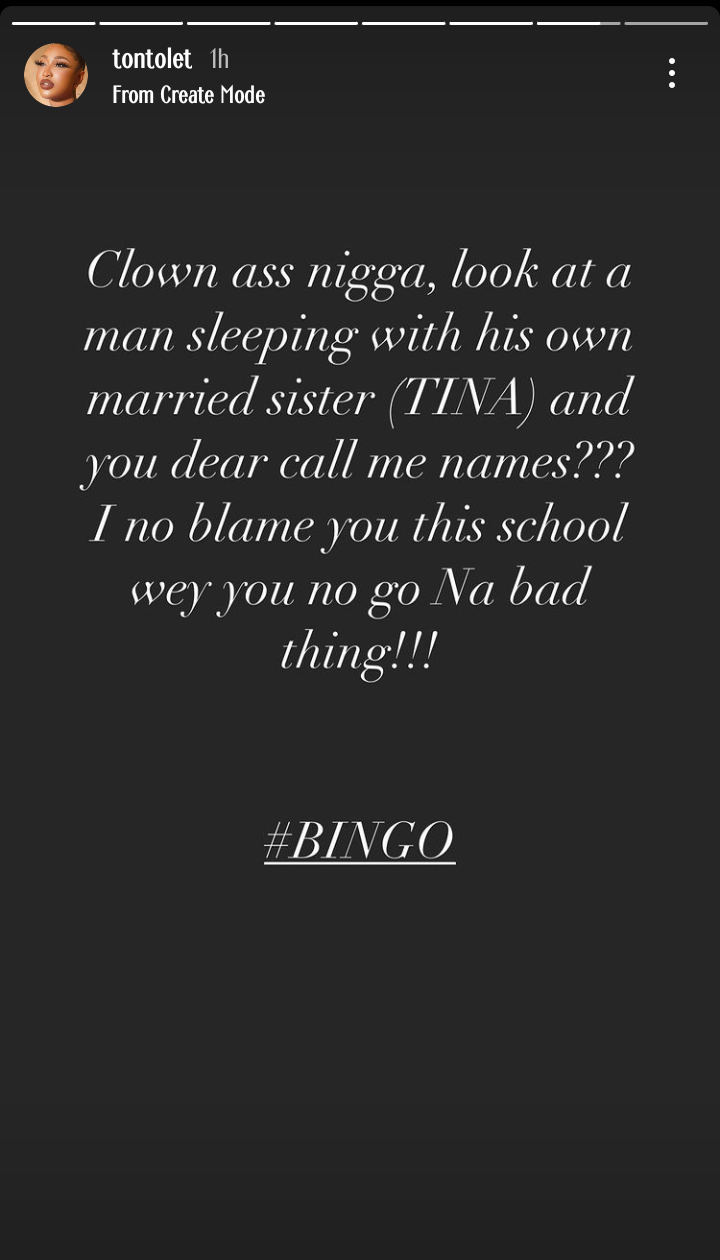 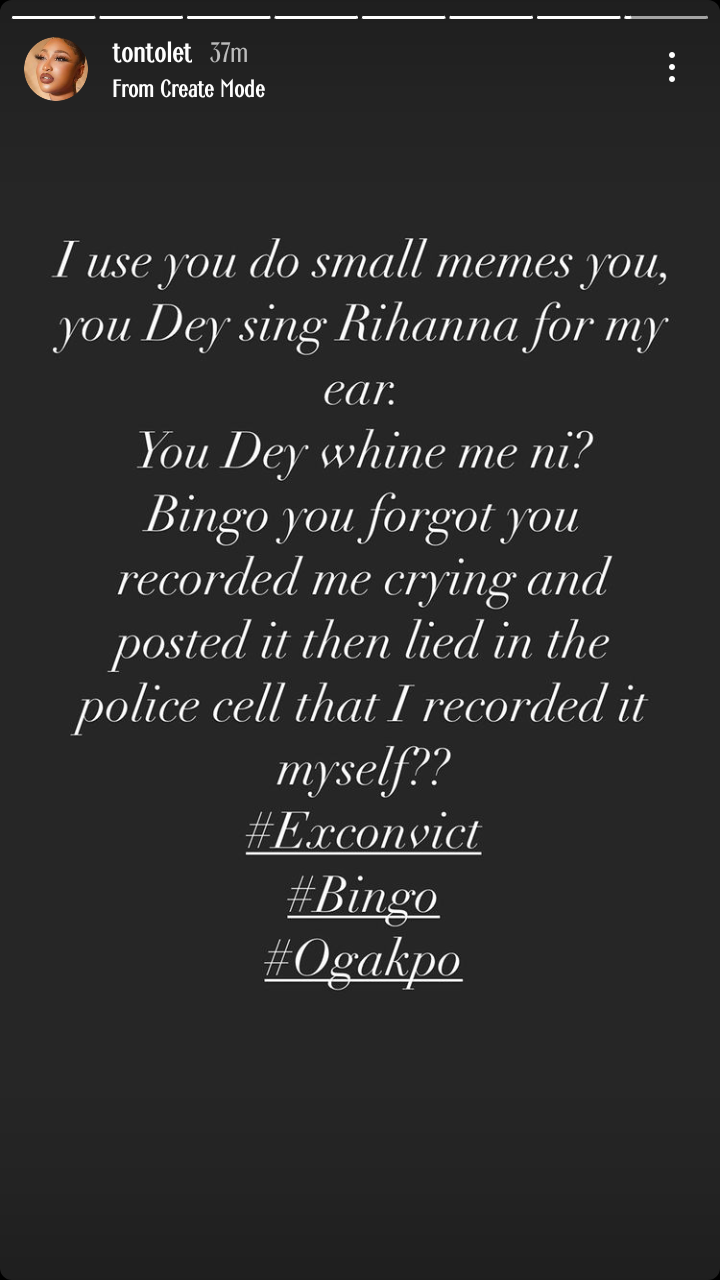 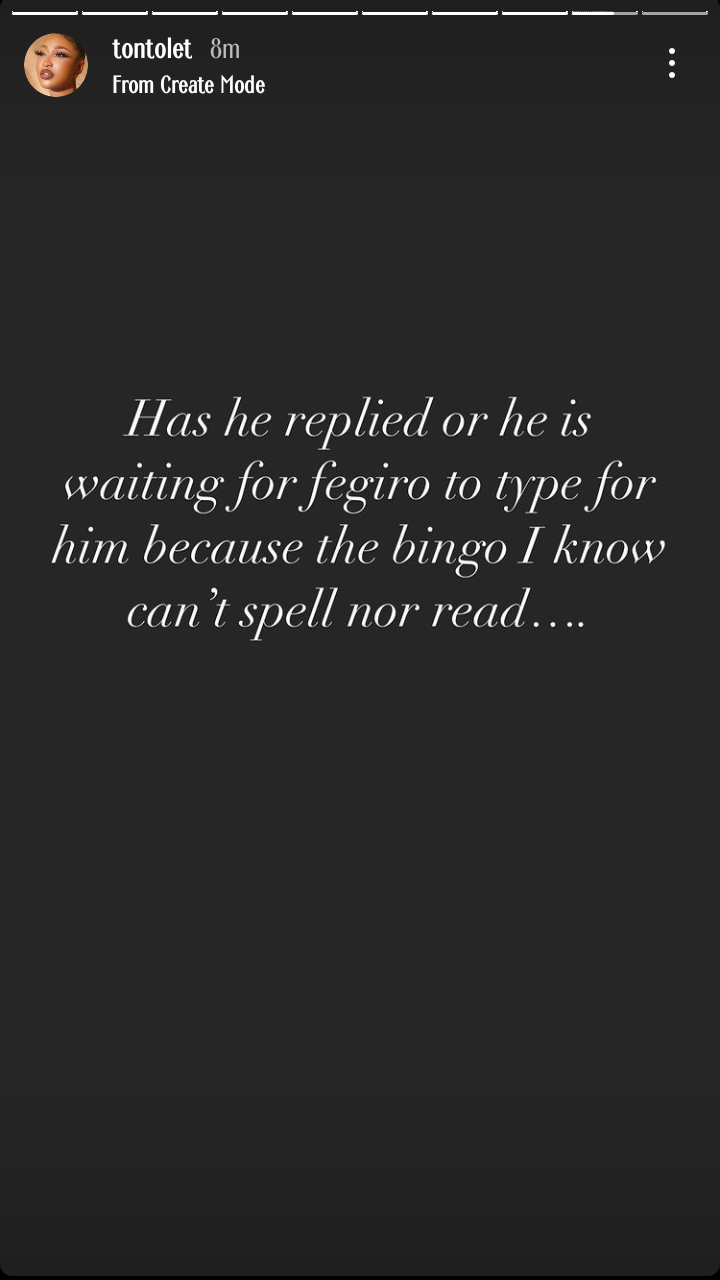