The Lagos State Police Command has arrested 7 Ghanaian nationals in Abule-Egba on charges of drug trafficking. 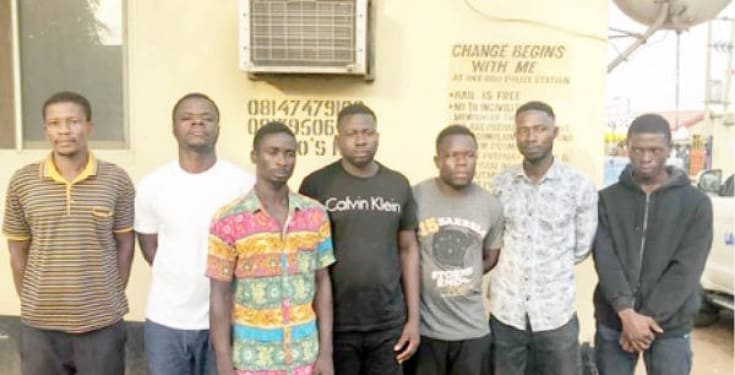 The suspects who were arrested on March 14 by policemen attached to Oke Odo Police Station of the Lagos State Police Command, had attempted to smuggle illicit substance into the country.

Upon being nabbed by the policemen on a routine patrol, they revealed that one Okechukwu(male) who resides in Ghana collected money from them and promised to take them to Libya, but brought them to Nigeria and abandoned them at Super Bus stop.

“Three Ghanian international passports and some capsules suspected to be illicit drugs were recovered from them. Investigation is ongoing”