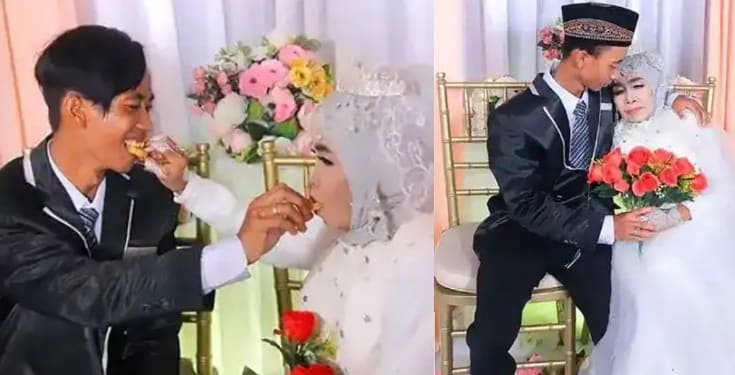 A 65-year-old grandmother identified as Mbah Gambreng and her adopted son, Ardi Waras have reportedly tied the knot in South Sumatra, Indonesia.

Reports gathered that Gambreng adopted her son, now her husband Ardi, last year and they have been living together since then, although she claims she had no intention of marrying him at that time. She said he took her by surprise by proposing to her. 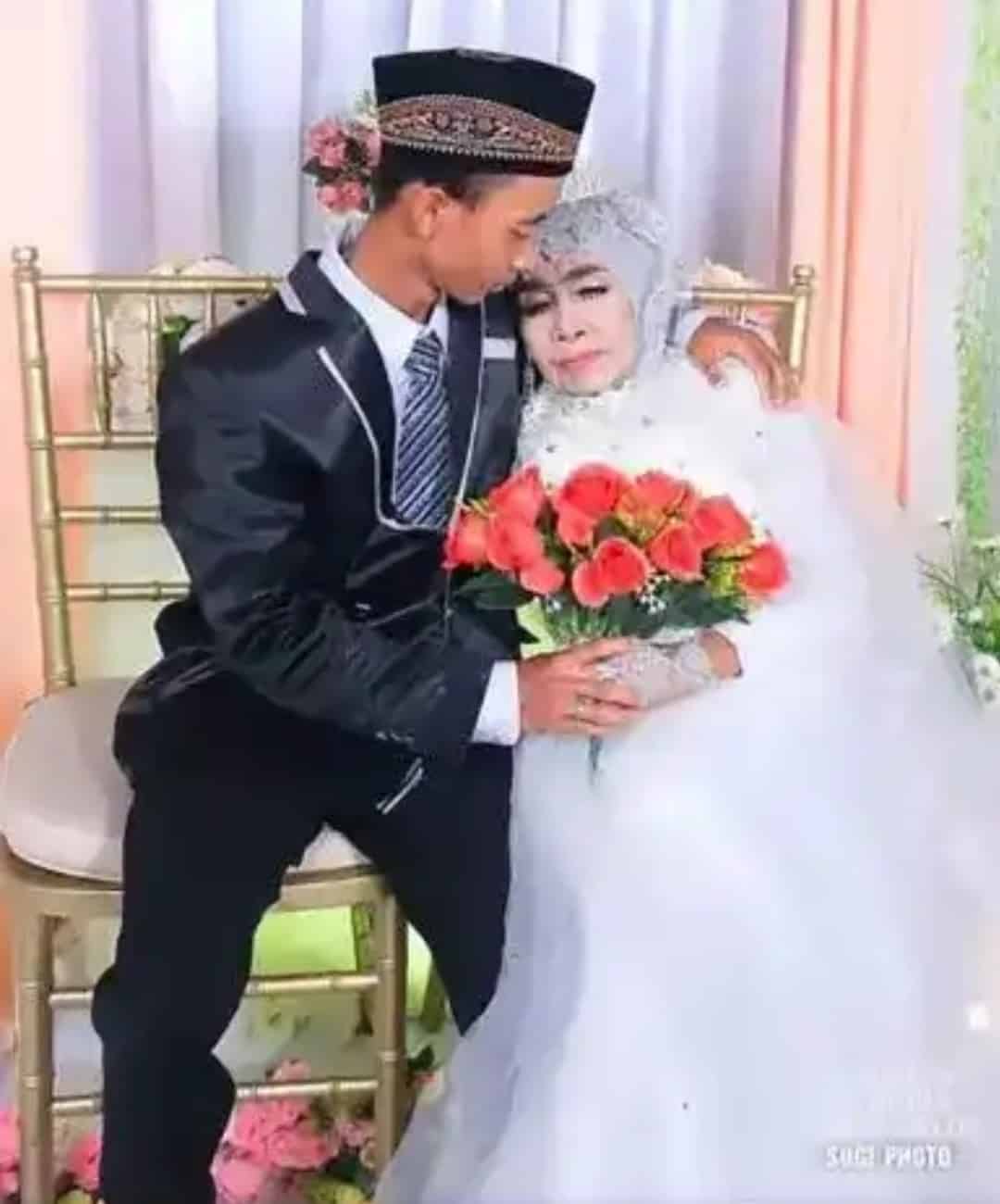 The couple got married in the presence of the grandmother’s three adopted daughters. She is quoted to have said – “To my surprise, he said he wanted to marry me.”

Ardi allegedly paid his wife-to-be a dowry of 100,000 IDR (£6) before their wedding ceremony as required in typical Islamic weddings in Indonesia, where the groom or groom’s father often gifts money or possessions to the bride as a dowry. 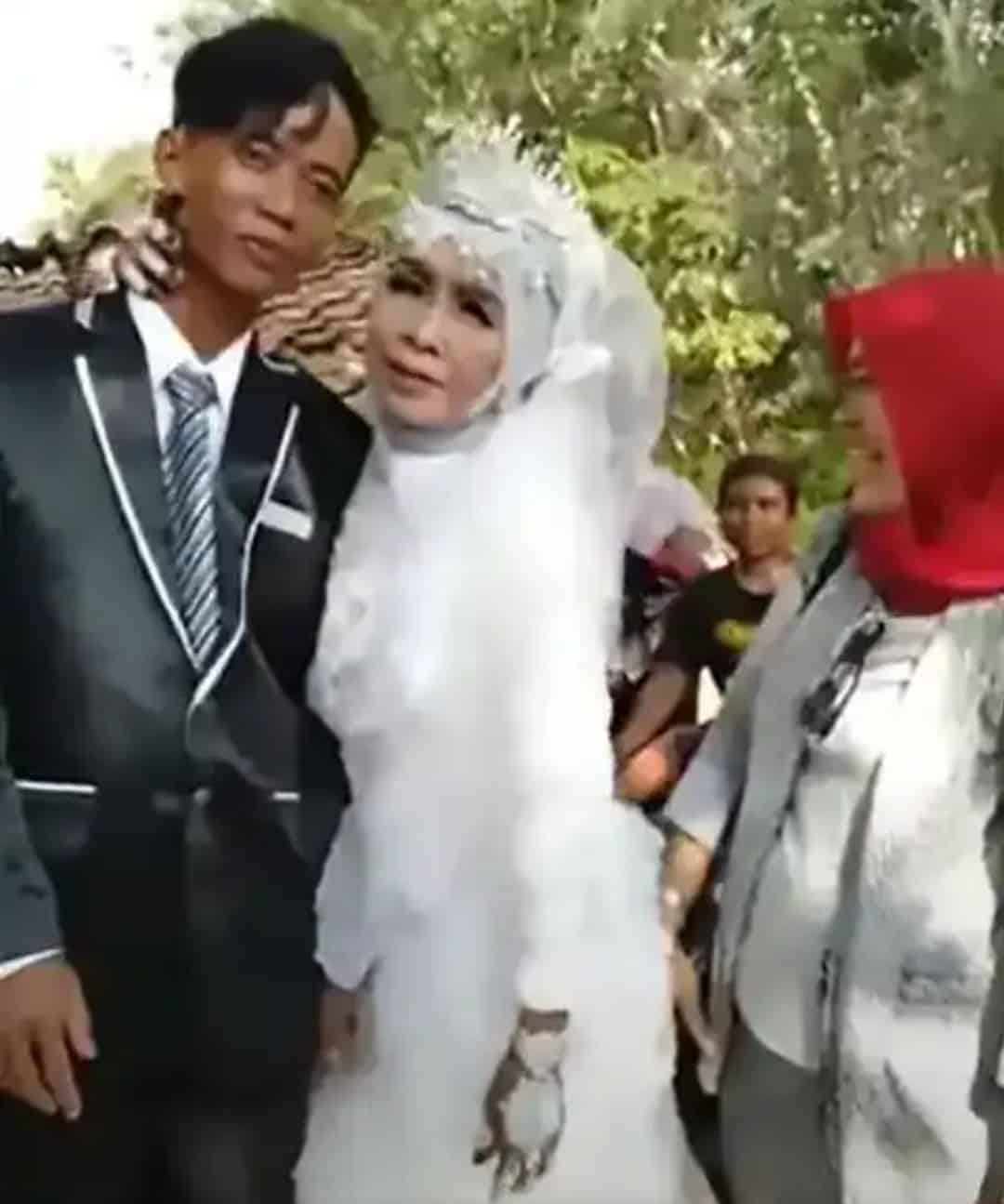 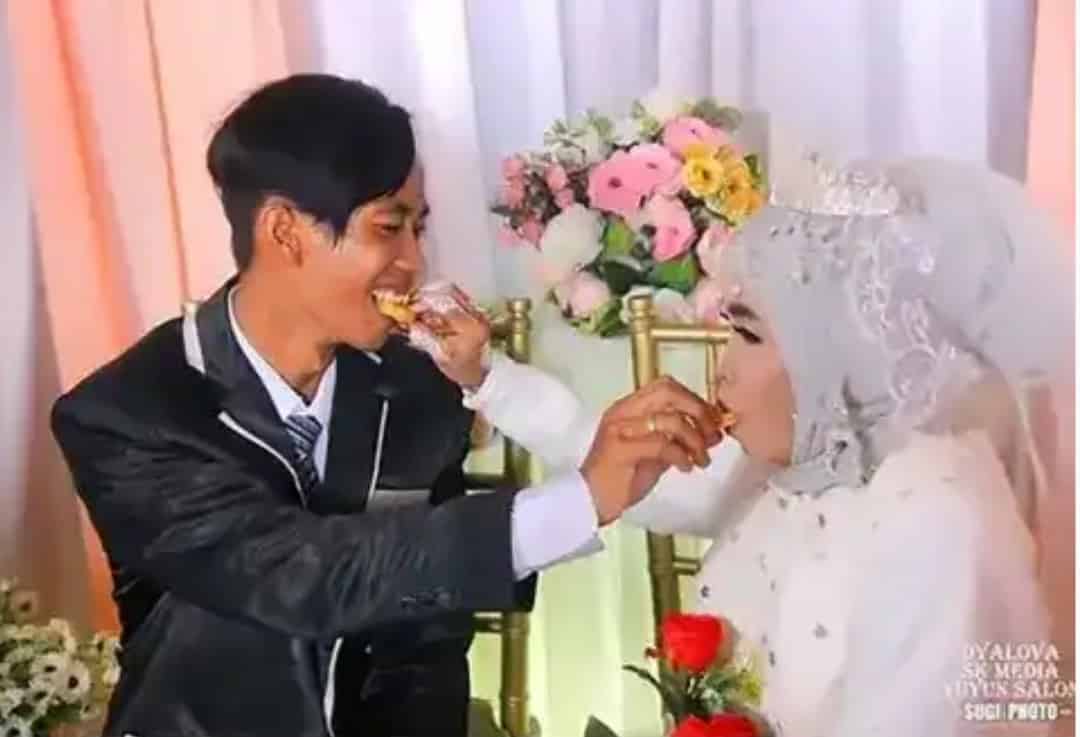