Home Entertainment News 2face reacts after his wife, Annie opened up on dumping him for...

2face Idibia has reacted after his wife, Annie Idibia said she would dump him for another man this Valentine. 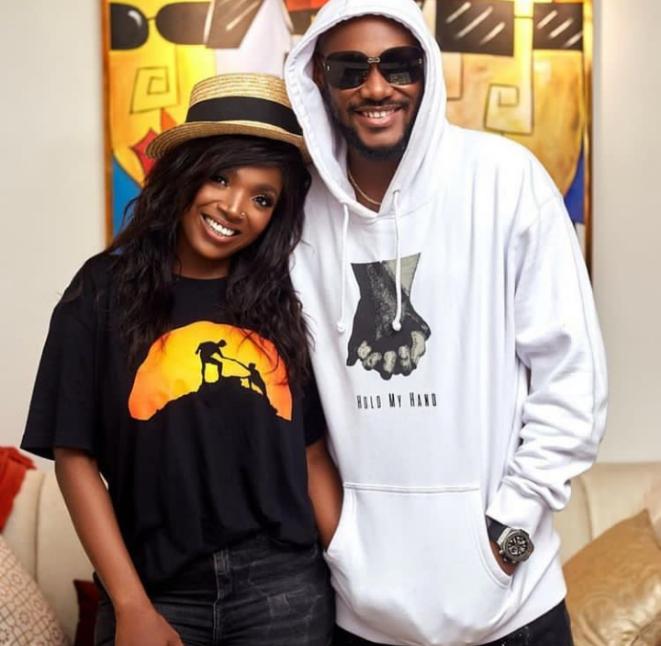 Earlier today, Annie Idibia got into a little dialogue with her husband on Instagram, where she jokingly revealed that she has found another man who would replace 2baba in her life.

She said 2baba has been dulling her lately, and she has found an “extra special” person, who she would be with this Valentine.

According to her, the new lover is rich, dark and satisfying.

Reacting to this, 2baba wrote;

“This one wey you don publicly deny me. Na to go find my extra special be that”, he wrote. 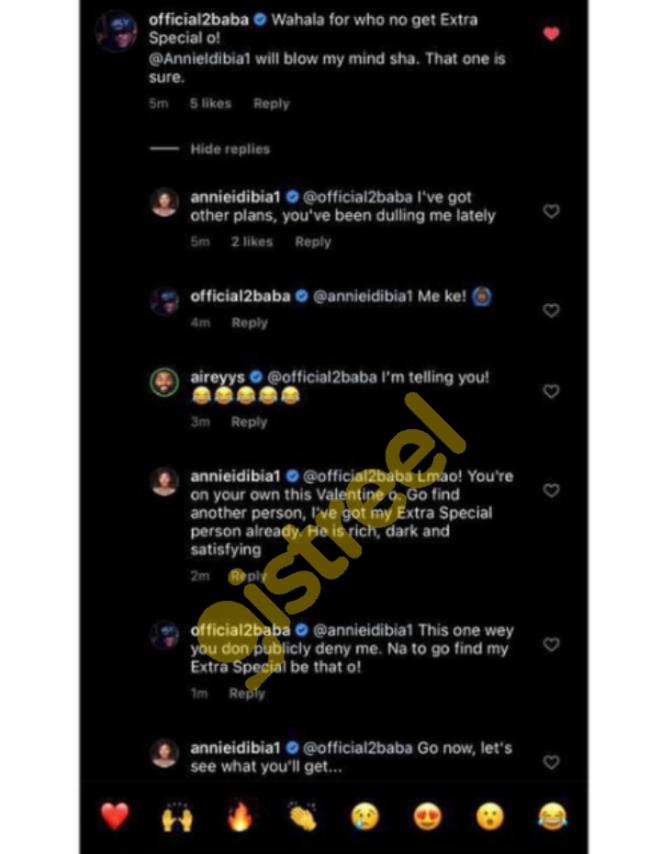