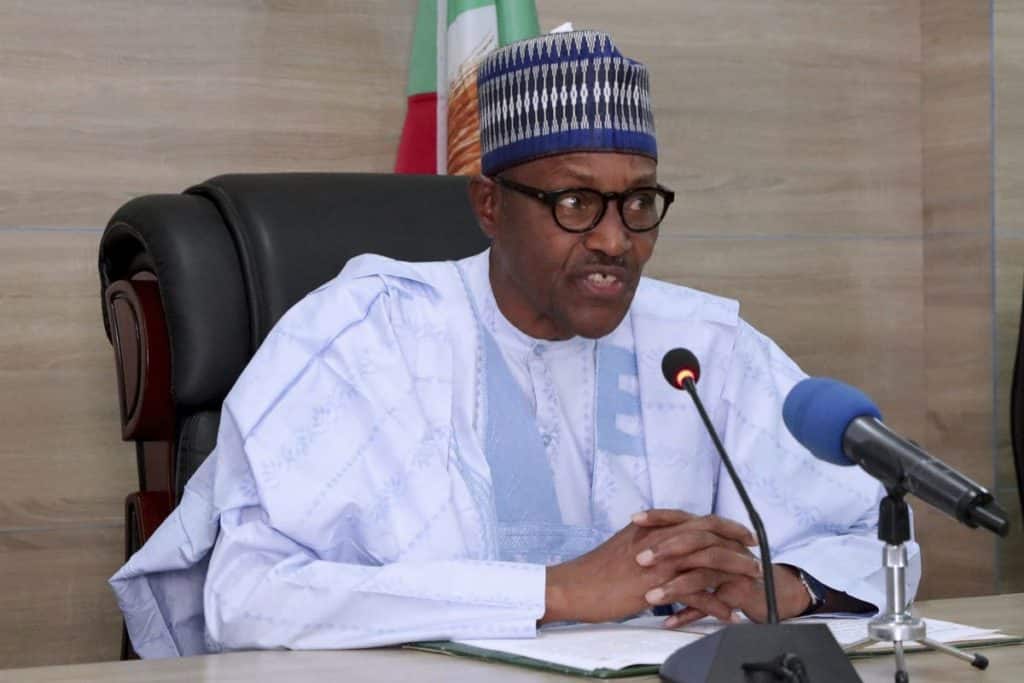 President Muhammadu Buhari  addressed the issue of selecting his successor as president for the reason that such action is fraught with problems.

Speaking while receiving members of the Progressive Academics at the presidential villa, Abuja on Tuesday, he said anyone who wants to become president must work as he did himself.

“To me, this is very funny. I think if I identify anybody I’d create more problem for him or for her. So, I’d rather keep my mouth shut.
“Let those who would want to be president try as much as I did. And I believe that those who are interested know that I tried three times. I thank God and technology, PVC.

“Before they just go to the television and they read the results. They say anybody who disagreed should go to court. And most of my supporters are looking for the next day’s meal. They don’t have money to give to lawyers.

“So, I said ‘God dey’. So, the first time God and technology came along, PVC, they couldn’t rig the election. So, I won. This time around, I tried to work hard but I think you have a lot more to do as intellectuals so that you correctly document Nigeria’s political development.

“It’s very important for the next generation. A lot of our young chaps are taking things for granted. Imagine contesting election three times ending up in Supreme Court three times. It needs a lot of conviction you know, and hard work.

“But people take success for granted. They say, ah, he’s the president. Do they think I just closed my eyes and I got it?” he asked rhetorically.

On the question of education and the Almajiri phenomenon in the country the president affirmed that education remained his top priority, saying: ”Nigerians overwhelmingly voted for progress, they decided not to go back to the dark days of impunity and corruption.”

“Education remains a top priority for our government. In the last four years, we injected over N1 trillion into education through the Universal Basic Education Commission (UBEC), Tertiary Education Trust Fund (Tetfund) and our needs assessment interventions.

“Of course, you are all aware of the rot we uncovered at JAMB and many other institutions. Our homegrown school feeding programme covering more than two million children coupled with our social investment initiative has encouraged many parents to send their children to school and also pay for more teachers in classrooms.

“In the next four years, we shall continue with the work to transform the sector bearing in mind our high population growth rate, financial challenges and security issues, especially those grossly affected areas.

“Simply put, our focus and agenda can only be sustained if we have educated and secured society.

“Therefore, we have no choice but produce more engineers, technicians, doctors, nurses and teachers.
“To achieve this, we shall continue to seek your advice and guidance. I am pleased to note some of the ideas you proposed. This submission is timely as we prepare for the next level.