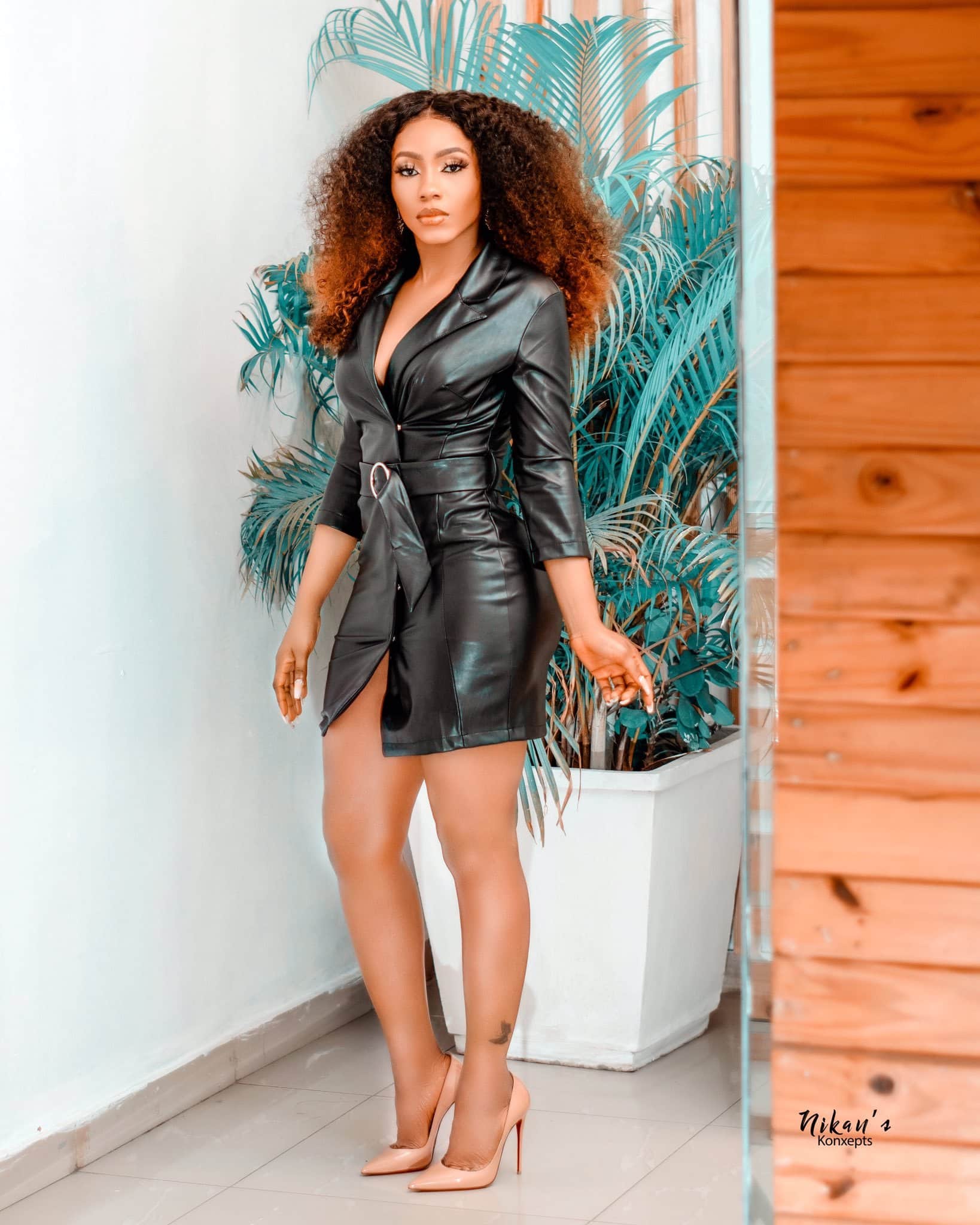 Bbnaija season 4 winner Mercy Eke, recently acquired a house in Lekki, after the reality show ended, she announced via a tweet that she will be moving in to her new house soon.

The reality Tv star also stated that she had a wonderful 2019.

Since she left the house at the end of the reality TV show, she has been bagging series of deals and endorsements with the latest being the launch of her luxury clothing line.

“Last Sunday of the year 2019 has been awesome, house-warming loading,I just breathe oya run along” 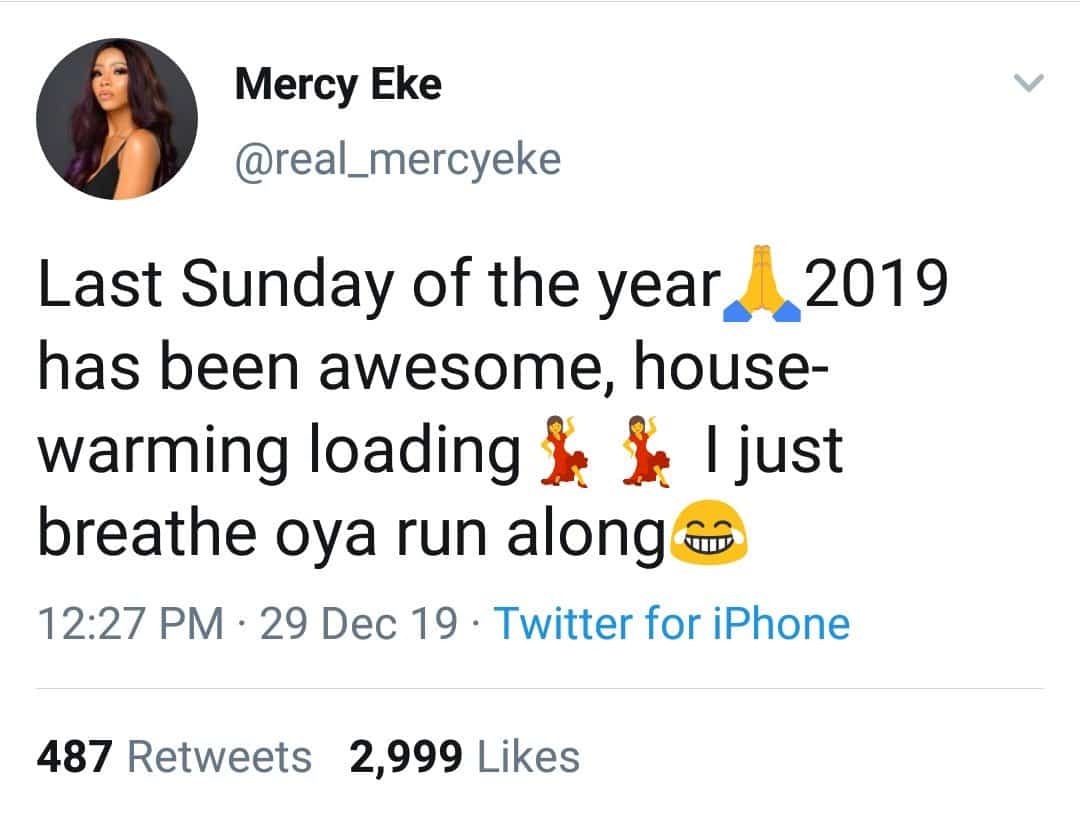 Related Topics:Mercy Eke
Up Next

Kanye West reacts to T.I’s virginity checks on his daughter

Davido goes crazy after his $30,000 wrist watch got stolen in Ghana (Video)