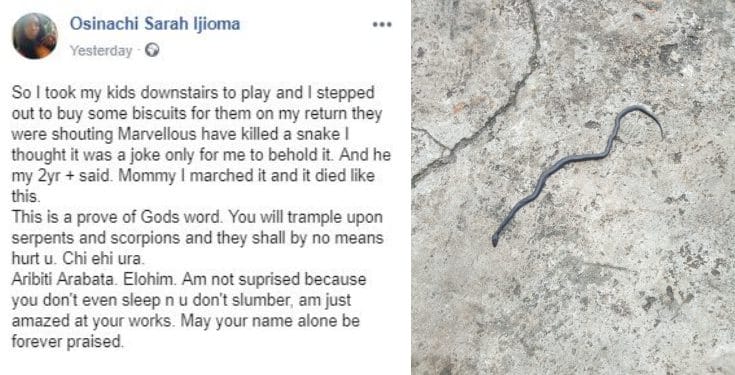 A Nigerian mum Osinachi Sarah Ijioma, took to Facebook to narrate how her 2-year-old son killed a big snake while playing in their compound.

According to her, the incident occurred after she stepped out to buy some biscuits for her kids. Recounting how the snake was killed, the lady’s 2-year-old son said he only stepped on it.

“So I took my kids downstairs to play and I stepped out to buy some biscuits for them on my return they were shouting Marvellous have killed a snake I thought it was a joke only for me to behold it. And he my 2yr + said. Mommy I marched it and it died like this.

This is a prove of Gods word. You will trample upon serpents and scorpions and they shall by no means hurt u. Chi ehi ura.
Aribiti Arabata. Elohim. Am not surprised because you don’t even sleep n u don’t slumber, am just amazed at your works. May your name alone be forever praised.” 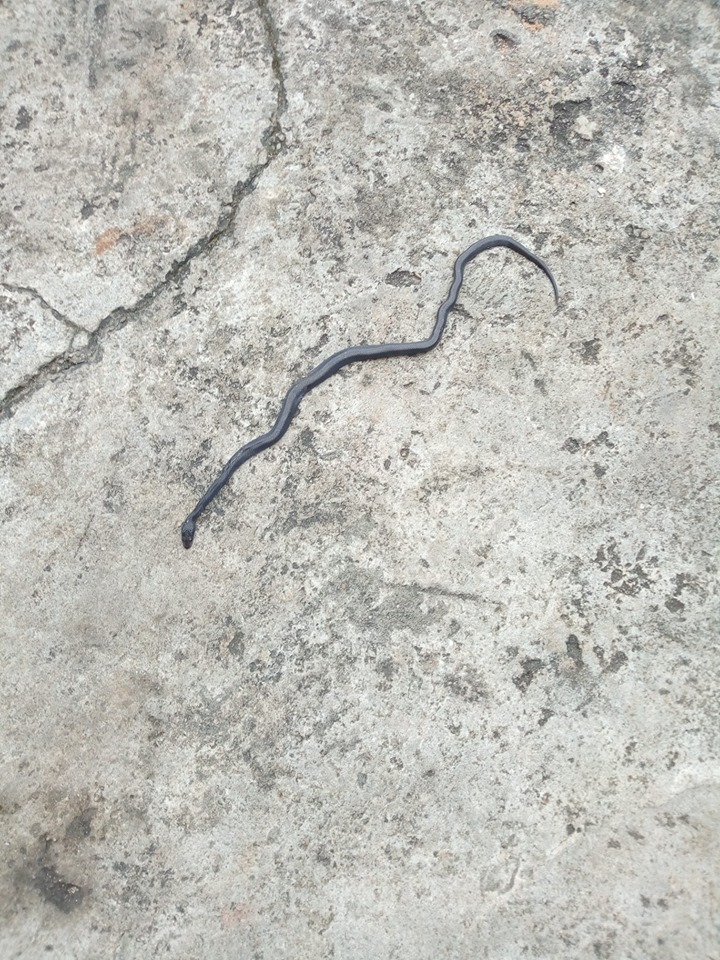 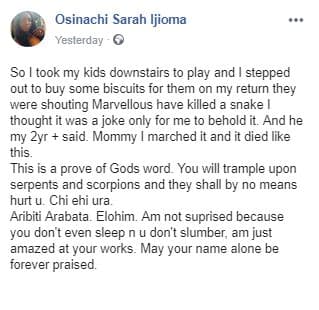