According to @GospelJosiah, the incestous affair between his landlord’s daughter and her 35-year-old cousin who was deported from the United States, began after her father allowed her and her siblings visit him during holidays and weekends just to give him a sense of family and encourage him to get married and have children too.

He explained that the teenage girl was just a naive spoilt child of rich parents, and she shouldn’t really be blamed for what happened to her.

Read his tweets below; 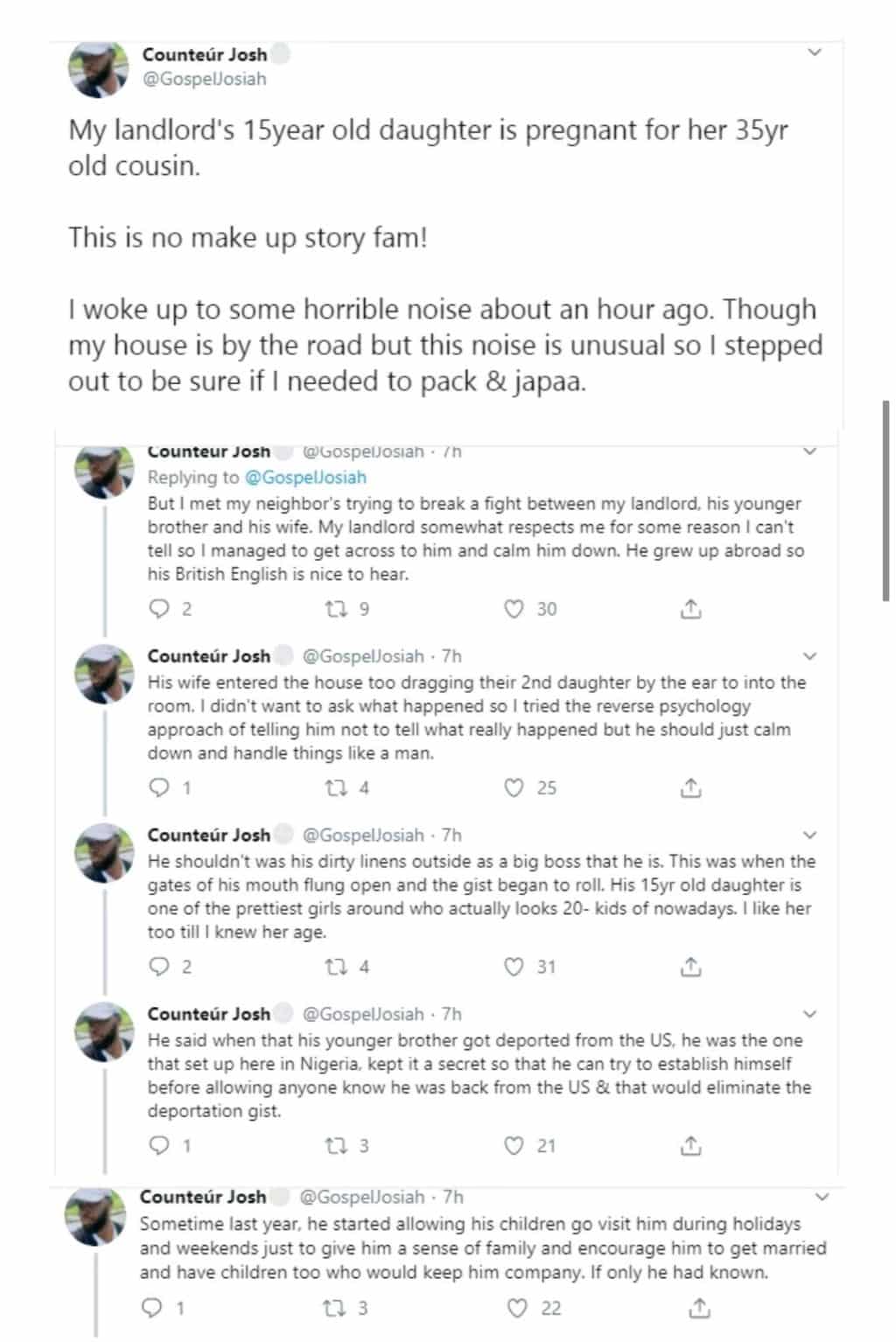 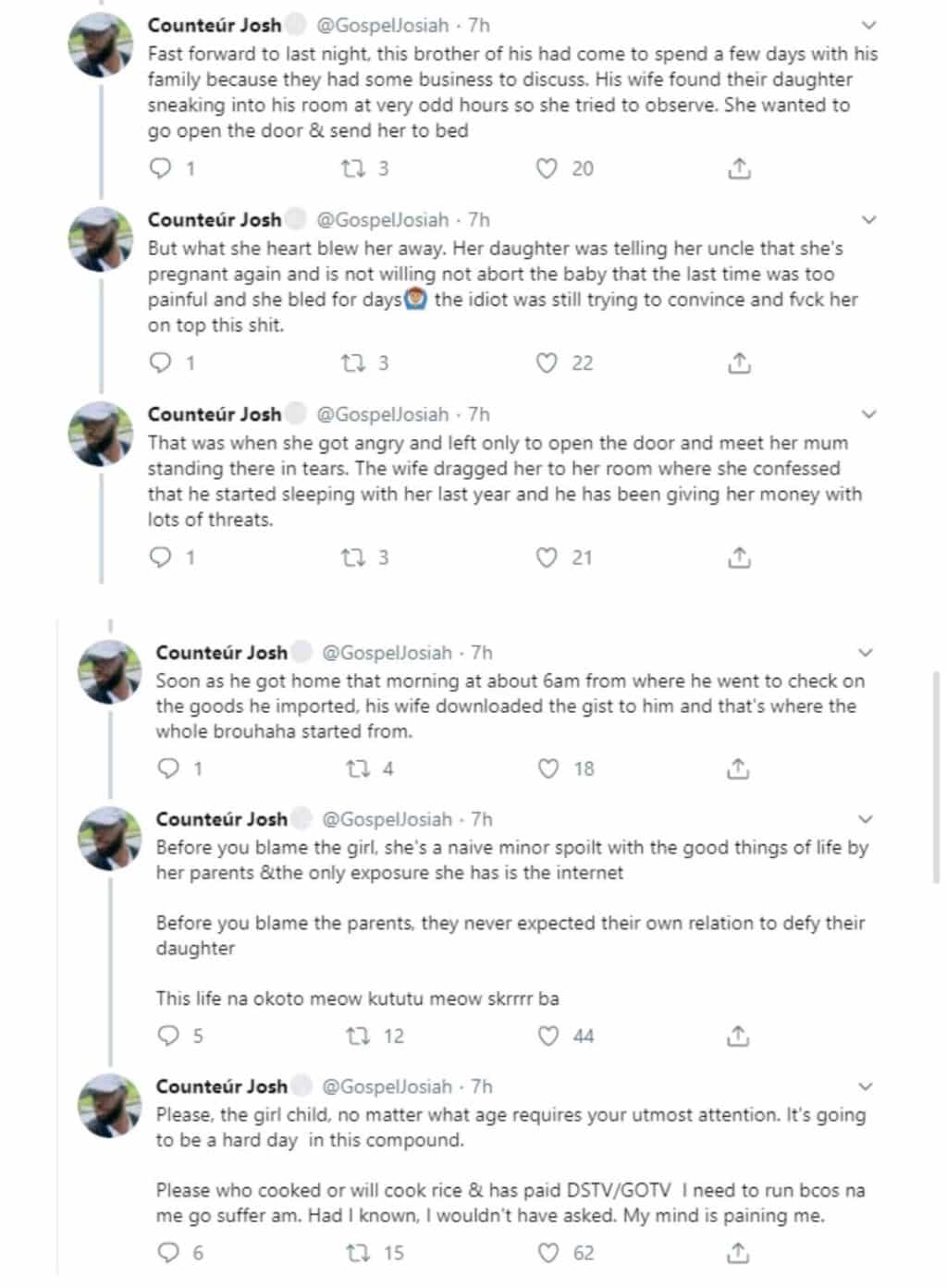