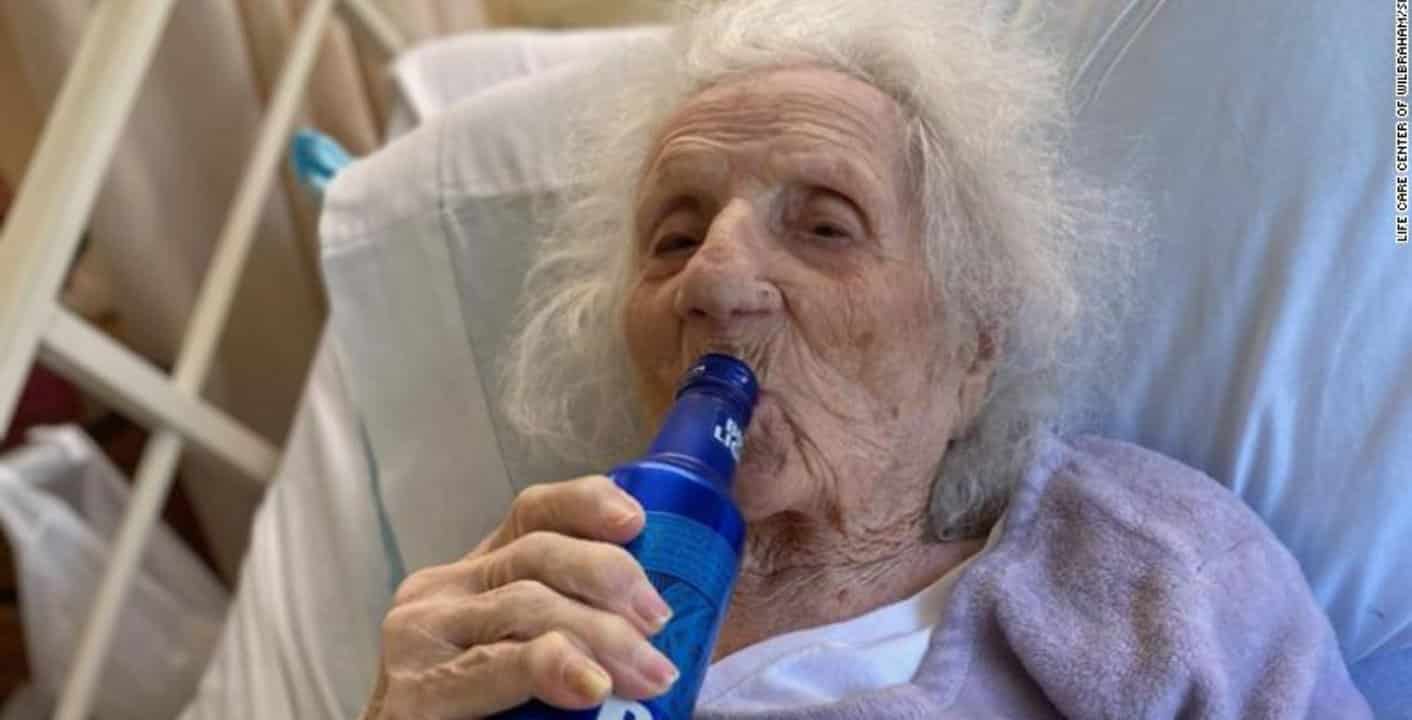 In celebration of her recovery from Covid-19, a 103-year-old woman has enjoyed her favourite ice-cold beer which she hasn’t had in a while.

According to CNN, the woman identified as Jennie Stejna tested positive for Coronavirus in late April.

However, on May 8, Stejna’s nursing home, called her family to reveal that she had tested negative, and was symptom-free.

“The nurses came into her room, and she said, “I’m not sick anymore, Get the hell out,” Gunn said. 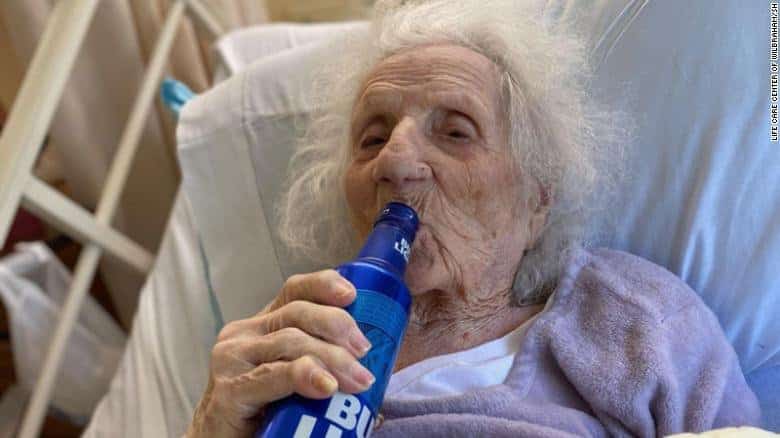 Stejna was treated to her favourite drink, a cold beer by the nursing home staff when she finally recovered.

“I think it’s given everyone a smile and some hope, while it’s dark days for everybody,” Gunn said.