Home Viral News 100 Level student expelled 5 hours after he resumed school as he... 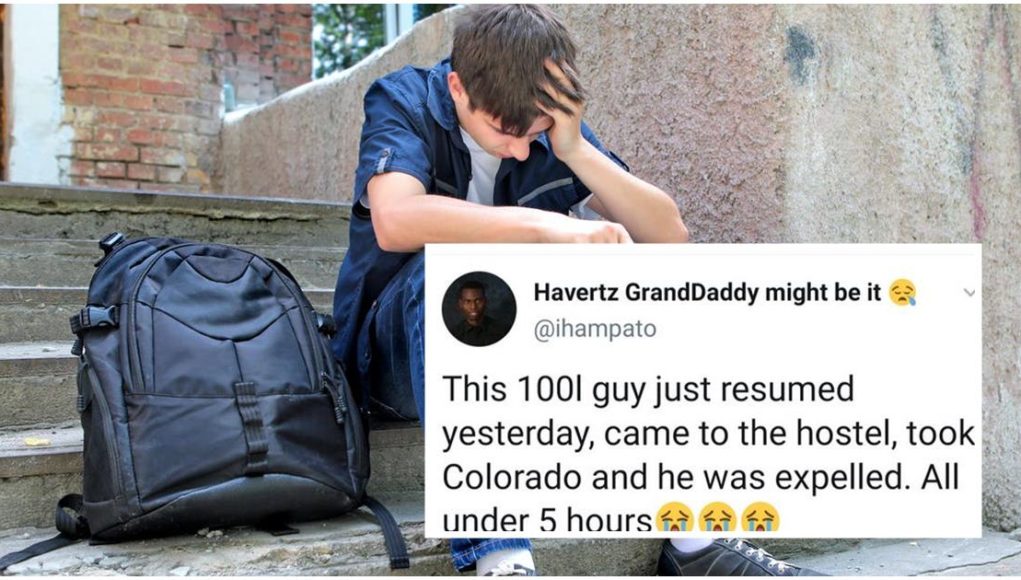 A Twitter user has shared a sad story of how a new student ruined his chances of graduating from school after he was caught with a hard substance. 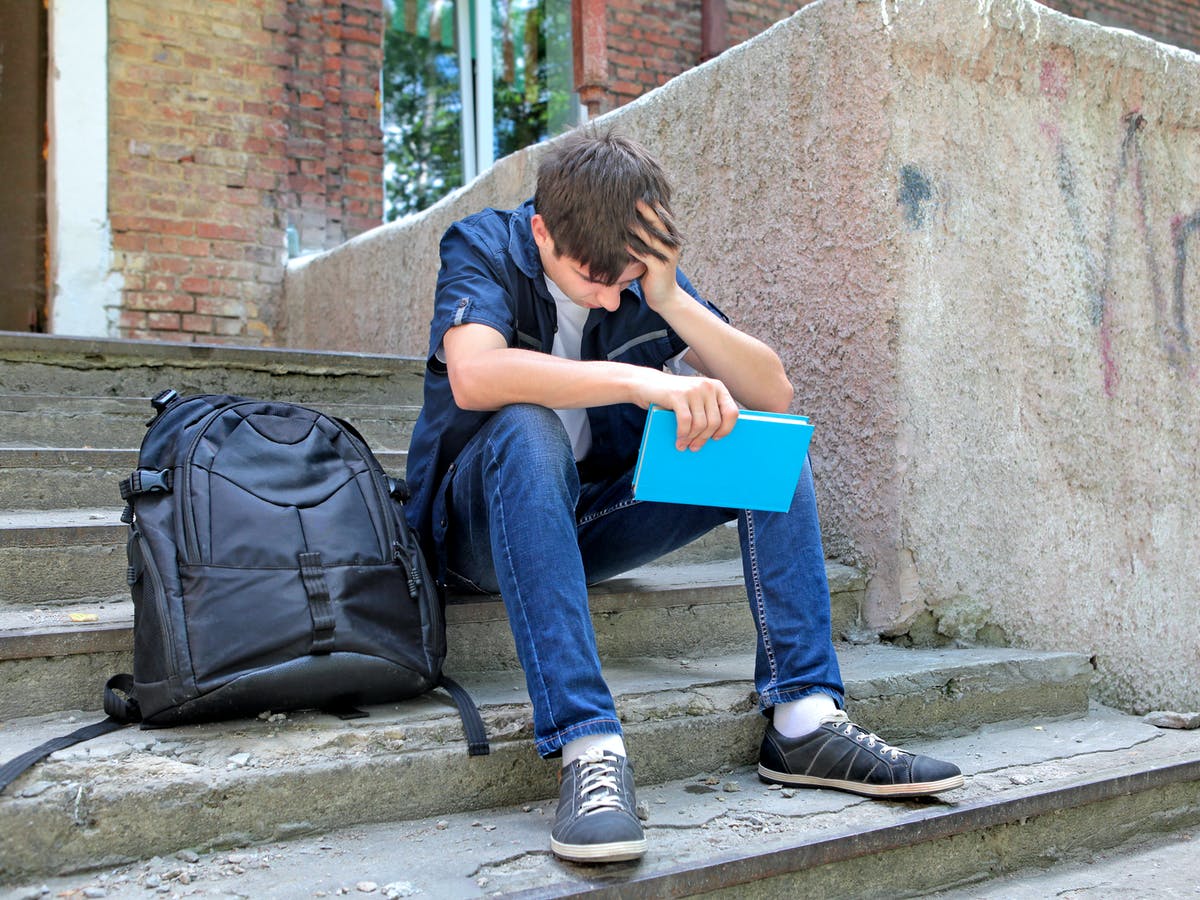 @Ihampato while narrating the incident, disclosed that the student who was expelled spent only 5 hours as a student in the prestigious university before he was summoned and further expelled from the school.

According to @ihampayo, his father just spent his money by paying up for his fees before the expulsion.

“This 100l guy just resumed yesterday, came to the hostel, took Colorado and he was expelled. All under 5 hours.

“His father just dash this school money not school fees cos what??“ 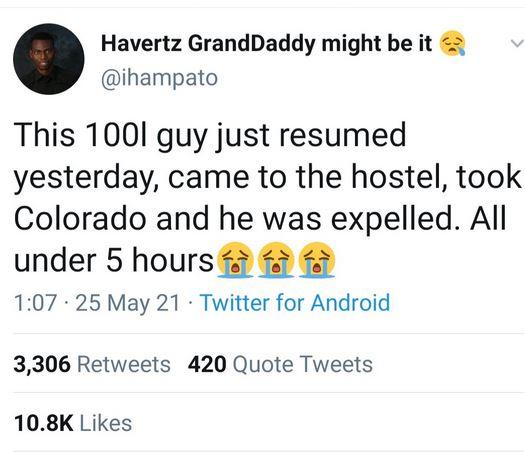 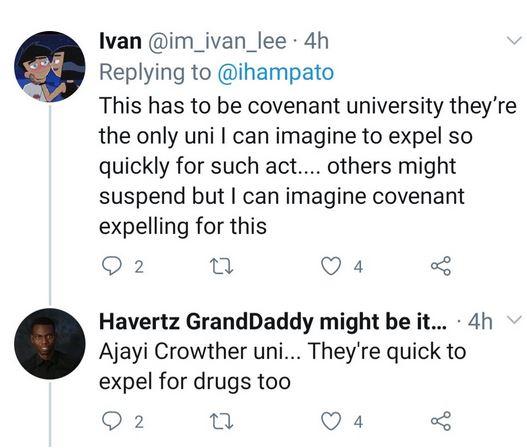