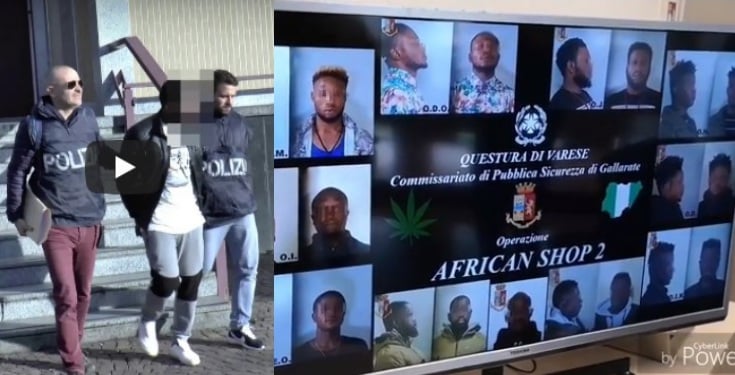 The police authorities in Gallarate city in Italy, have arrested about 10 Nigerians for allegedly dealing and selling marijuana in the streets.

The group of Nigerians said to be between the ages of 21 and 32, were apprehended along with other African assylum seekers after an investigation by team of officers – cordinated by the deputy prosecutor, Nadia Calcaterra. 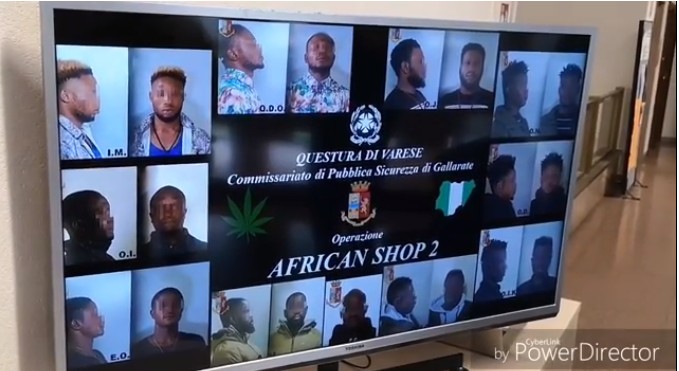 The police team which reportedly conducted a thorough investigation combined with video recordings and analysis of telephone records, identified both the methods of finding the marijuana and the places where the suspects stored them.

In December 2017, a survey activity called “African shop” was completed, with the arrest of seven African drug dealers including Nigerians.

With the new operation ” African shop 2 “, another blow has been struck against the drug dealing organisation said to be operated by Nigerians.

According to reports, those who are found guilty after investigations are concluded will be deported from Italy.