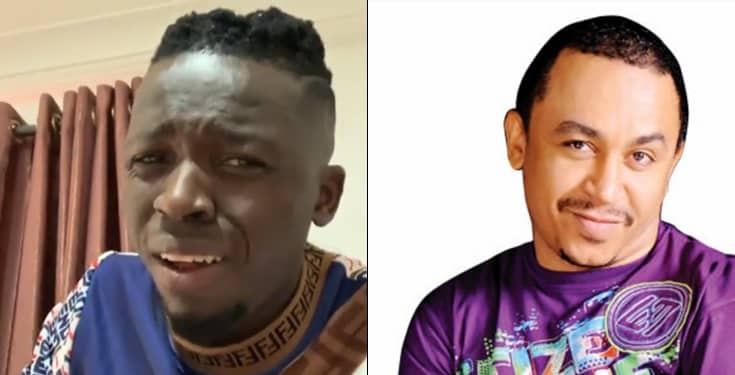 Akpororo has slammed Daddy Freeze who called him out earlier today, over the alleged poor turnout at his show in Okokomaiko.

>Recall we reported earlier Daddy Freeze who mocked Akpororo over the poor turnout at his show, wondered if his tithe he ‘boasted’ of has stopped working for him. He further disclosed that he has forgiven him, and wish he stops paying or advertising ‘idolatrous tithe’.

Akpororo took to his handle some an hour ago to slam Daddy Freeze over his comment,he stated that his tithe still works for him as he had a full show yesterday. The comedian who described the OAP as a wall gecko, told him to go get some sense.